China’s capital city woke up to yellow skies Monday as the biggest sandstorm the country has seen in a decade swept through it, sparking new health fears.

The thick brown dust shrouded Beijing‘s iconic landmarks, including the Forbidden City, and downtown skyscrapers at times disappeared from view, enveloped by clouds of sand.

The visibility in the capital was reduced to less than 1,000 meters (3,300 feet), China’s English-language news agency CGTN reported, forcing residents who dared venture outside to wear improvised headgear to protect their faces.

Traffic was snarled and more than 400 flights out of the capital’s two main airports were canceled, The Associated Press reported.

The Beijing Meteorological Observatory warned that the elderly, children and people suffering from respiratory conditions should stay inside. It said city residents should wear masks, gauze or other dust-proof products when going out and wash their faces when they return home.

Schools were also told to suspend any outdoor activities.

“It looks like the end of the world,” Beijing resident Flora Zou, 25, who works in fashion, told Reuters. “In this kind of weather, I really, really don’t want to be outside.”

China’s National Meteorological Center issued a yellow alert Monday morning, saying sand and dust coming from neighboring Mongolia would affect 12 provinces and regions across the north, from Xinjiang in the far northwest to Heilongjiang in the northeast and Beijing.

“This is the most intense sandstorm in China in the past 10 years, and the area affected by the sandstorm is also the most extensive in the past decade,” the center said in a memo on its website.

The sandstorms were expected to shift south toward the Yangtze River delta and should clear by Wednesday, China’s environment ministry said.

Beijing typically faces sandstorms in March and April due to its proximity to the massive Gobi Desert, as well as deforestation and soil erosion throughout northern China.

China has been trying to reforest and restore the ecology of the region to limit how much sand is blown into the capital.

Beijing has planted a so-called “great green wall” of trees to trap incoming dust, and has also tried to create air corridors that channel the wind and allow sand and other pollutants to pass through more quickly.

The city and surrounding regions have also been suffering from relatively high levels of pollution in recent weeks.

Yuliya Talmazan is a London-based journalist.

Reuters and The Associated Press contributed.

Christianity and the Climate Conversation 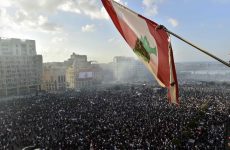 The Beirut Blast and Bible Prophecy 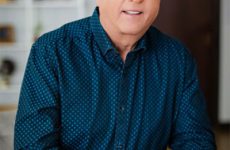