Years ago, when I worked at Publishers Weekly and regularly made the rounds of publishing trade shows, I found myself sort-of-not-quite having breakfast with Hal Lindsey, the author of “The Late Great Planet Earth.” The tables in the hotel buffet were close together, and he was eating at the table right next to mine. We didn’t speak, but I took the opportunity to spy on him. (Do not judge me. You would have done the same.)

Mostly I noted that he seemed to be eating his breakfast with a refreshing amount of gusto and joie de vivre for someone who had famously predicted that the end of the world was supposed to happen in the 1980s. He was kind to the server and seemed pretty happy that the world had gone on ticking despite his own grim forecast.

I’ve been thinking about that experience, and Lindsey’s bestseller, off and on during the past few months — mostly because of the global pandemic we’re in, which keeps going from bad to worse, but also because the book quietly just passed an important birthday. It has turned 50, which tickles my irony bone given that the book itself expressed a near-total certainty that there would be no Earth left by 2020 to mark such milestones.

“The Late Great Planet Earth” is thought to be the bestselling nonfiction book of the 1970s, beating out such classics as “Everything You Always Wanted to Know About Sex (But Were Afraid to Ask)” and “The Joy of Sex”. There was a lot of sex in the 1970s, apparently, which correlated with the popularity of lava lamps.

The genius of Lindsey’s book was the way it incorporated these bleak contemporary realities and cast them as part of God’s master plan.

Of course the Soviet Union was going to become more powerful; that was necessary because Russia (which Lindsey wrongly but adroitly connected to the Hebrew word rosh, or head) was destined to play the part of the northern commander Gog in the coming Armageddon.

Of course there would be lawlessness and rioting in the streets. All that served to open the door for the coming Antichrist, who would first come to power by seeming to restore peace to a war-weary world.

In other words, every crappy and seemingly random thing that was going on in the world was part of a carefully crafted blueprint that God encoded ages ago in the Bible, if people only had eyes to see and ears to hear.

Lindsey wove together the Bible with current events so easily that even readers without much background in biblical history could see the “writing on the wall” (which, he explains, is a line straight from the prophecies of Daniel). When he wrote the book in 1970, he asserted that two out of the three required events before Jesus’ Second Coming had already happened: 1) a modern state of Israel has been created (1948), with Jews returning to their homeland, and 2) Jews had retaken the city of Jerusalem (1967). All they were waiting for was 3) for Jews to rebuild their holy temple in Jerusalem.

I don’t think those are typos. History is all of a piece to Lindsey.

That idea — that everything is part of the same long game God is playing — is the appeal of prophecy literature. When the going gets tough, we want to know what’s going to happen next and exactly how many loaves of bread we should bake to prepare for it. Books like “The Late Great Planet Earth” offer a weird kind of comfort in that they first acknowledge that, why YES, the world is just as horrible as we’ve always thought it was, but that those horrors are necessary steps toward something beautiful God’s got cooking.

In rerereading the book this summer, I contacted Zondervan to find out its most recent sales figures, ask whether the book has gotten a sales bump during the pandemic, and see if it had any information about the ghostwriter, Carole C. Carlson. (Her unheralded involvement in ghostwriting this and other evangelical men’s prophecy bestsellers sounds like a fascinating story in and of itself.) But Zondervan didn’t have much to add to the public story about the book’s sales — 35 million copies in print as of 20 years ago — or its writing. I’m not aware of any planned 50th anniversary celebration of this book, which was wildly successful in its public reach but not in its specific predictions about Russia’s invasion of Israel, the mass conversion of Jews to Christianity or the Second Coming of Christ.

Even though such failed prophecies show the folly of guessing the future, I’m going to hazard a prediction of my own here: We are going to see another boom in Christian prophecy literature. As this pandemic continues sowing economic and political chaos, more people will crave the certainty that biblical teachers like Hal Lindsey and Carole Carlson provided in the past. Readers will want authors and YouTube stars who can tell us that the Bible saw it all coming, and how it’s part of a bigger story. It’s a natural human desire to want suffering to count for something.

Editor’s note • The views expressed in this opinion piece do not necessarily reflect those of Religion News Service. 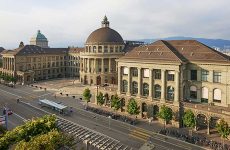 Response to Christianity in crisis 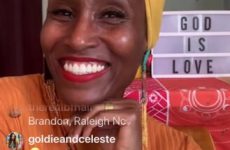