WASHINGTON — Ecumenical dialog among the churches, ways of identifying and combating racism and the question of prayer and its power: What could possibly be the connection among these three issues? Answer: My brief “summer residency” for the online master’s of catechesis curriculum at the Catholic University of America (CUA) here.

The blending of the three themes made for a compelling two and a half days in the nation’s capital, which is still recovering from the ravages of the Jan. 6 riot aimed at blocking the certification of Joe Biden as our 46th president. (A 6-foot dark-colored chain-link fence still blocks access to the Capitol building.)

Ten of our 14-member online class made it to the summer residency, winging in from points as far afield as Tacoma, Washington, rural Connecticut and, for your humble servant, Huntington, West Virginia (driving, not flying).

Most of us stayed in rooms occupied during fall and spring semesters by candidates for the Catholic priesthood, hailing from 54 dioceses in the U.S. and multiple foreign countries.

Fr. Raymond Studzinski, O.S.B., a monk of St. Meinrad’s Grand Abbey in southern Indiana on loan to Catholic U., and the director of our degree program, had organized two study sessions. One brought to the podium in old Curley Hall a pre-eminent figure in the movement to nudge disparate Christian bodies closer to an accord on bedrock theological tenets, the Rev. John Crossin, OSFS (Salesians).

Crossin had recently retired as executive director of the U.S. Conference of Catholic Bishops’ Secretariat for Ecumenical and Interreligious Affairs. That’s as high up as it gets on the Catholic side of “Christian Unity” dialog with the Orthodox, Anglicans, Lutherans, Methodists and other Protestants churches in America.

The third theme emerged impromptu during a question-and-answer period between our class and the dean of the School of Religion and Theology at CUA, the Rev. Mark Morozowich, S.E.O.D. More later on Morozowich’s startling remark regarding prayer.

Ongoing ecumenical dialog, Crossin said, has advanced farther than lay people have realized and, stunningly, “Christian unity may come sooner than you think.” While he did not give a precise timeframe, he suggested substantial unity among Catholics, Orthodox, Pentecostals and Protestants could be achieved within the next 50 years. He also said there is an urgent need to update the laity on the progress being made by theologians of the various denominations, who are constantly meeting and working to bridge theological gaps.

Boxie called racism “the original sin of our country and a stain upon our church.” He nonetheless credited popes including John Paul II and Francis for calling racism an intolerable evil, and the U.S. Catholic bishops for issuing a pastoral letter titled “Open Wide Our Hearts” that says racism always “violates justice.”

The hard part, he added, is that “we must seek to undo injustices that we ourselves may not have caused.”

Finally, Morozowich, asked to pinpoint the most urgent need in the American Catholic church, stunned his audience when he exclaimed: “PRAYER!” Christians, he suggested, must pray more often and more fervently, implying that without solid prayer support, needed social and moral changes will not occur. 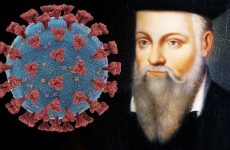 Coronavirus: Beware of false Nostradamus prophecy – THIS quatrain did not predict COVID-19 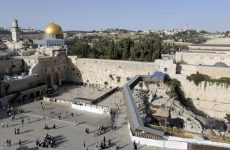 Uncovering the Mystery Behind Election Prophecy Failure of 2020