Kanye West was recently named one of the world’s wealthiest hip hop artists by Forbes, with the publication estimating his net worth at $240 million. West, however, wants you to know he’s not a millionaire — he’s a billionaire. The rapper floated the idea of legally changing his name to “Christian Genius Billionaire Kanye West,” just so everyone knows it.

“Martin Luther King didn’t get killed because he had a dream; he had something else he was gong to talk about. He talked about black empowerment, economic empowerment,” West said at the Fast Company Innovation Festival, according to The Hollywood Reporter (THR). “When I did Forbes, I showed them a $890 million receipt and they still didn’t say ‘billionaire.'”

“They don’t want us to know that we can buy land; they don’t want us to have the 100 percent ownership [that] I have at Yeezy,” West continued, referring his fashion line, which Forbes did estimate would top $1.5 billion this year. “When people say it’s crass to call yourself a billionaire, I say I might legally change my name to Christian Genius Billionaire Kanye West for a year until y’all understand exactly what it is… It will be on the license plate.” 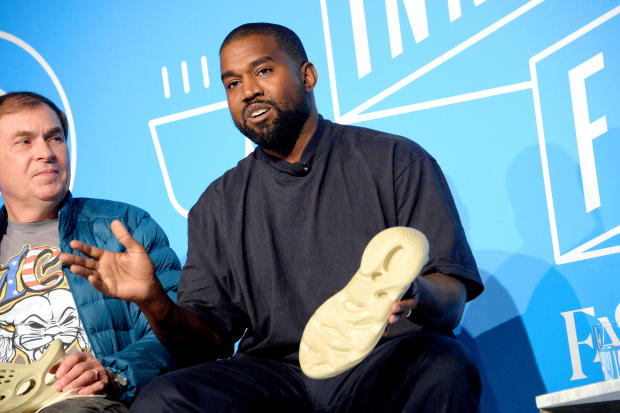 If West does stick with the name change, we could be seeing “Christian Genius Billionaire Kanye West” on the 2024 presidential ballot. The Chicago native also addressed that prospect during the Fast Company talk. “When I run for president in 2024 —” he started, before laughter from the audience interrupted him. “What y’all laughing at? We would create so many jobs!”

“I’m not going to run, I’m going to walk,” West continued, according to THR. “When you see headlines saying Kanye’s crazy — one in three African Americans are in jail and all the celebrities are in jail also because they can’t say nothing, they got no opinion, they’re so scared!”

It’s no secret West has an interest in politics. He mentioned a possible 2020 presidential bid in the past, and famously befriended President Trump, even wearing a red “MAGA” hat. West’s wife, Kim Kardashian West, has also become an outspoken advocate for criminal justice reform, meeting with President Trump several times to discuss the issue.

West also discussed why he’s moved his other business endeavors to Wyoming.

“We moved the [Yeezy] headquarters to Cody, Wyoming,” West said at the event. He compared himself to the Wright brothers, who lived in Dayton, Ohio. “They needed a place to think or we wouldn’t have flight today; if the world only knew the capabilities of what we have, the press can get out of the way.”

West compared himself and his business to another American innovator: “Yeezy is the Apple of apparel,” he said during the wide-ranging talk with Steven Smith, the head footwear designer of Yeezy, and Mark Wilson, a senior writer at Fast Company.

During the conversation, 42-year-old West was very open about how he plans to run the “Apple of apparel,” explaining that he will grow his own cotton on his Wyoming farm and then use it for his clothing line.

That’s not the only sustainability solution he intends to incorporate; West also said he will look into using lower-impact dyes. “Dyeing is one of the main things that’s impacting the planet in the fashion industry, so just being responsible from A to Z,” he said. Another goal is to bring manufacturing back to the U.S. and create more jobs, he said.

Running his fashion line has not always been easy — West has spoken openly and often about that. During the Fast Company talk, he revealed he had a deal fall through with Paris-based fashion conglomerate LVMH. Such a deal could have been huge, judging by LVMH’s brand portfolio, which includes Fendi, Celine, Christian Dior and other top names.

The deal and its disintegration came during one of the worst times for the West family — a period when Kim Kardashian was held at gunpoint during a robbery in Paris, and West was hospitalized for exhaustion, he said.

Still, West flew to Paris to support his friend Virgil Abloh, who was named the first African American creative director at Louis Vuitton. “No one knew that the deal had been pulled. No one knew that that was the beginning of me going to the hospital. No one knew how this game is,” West said.

Now, West is back and appears to be more focused than ever. He recently dropped a new gospel album, “Jesus is King,” and in the run-up to the album and during its promotion, he spoke extensively about his new journey through faith.

In addition to music and business, West is also focused on helping others. He began building small domed houses on the 312 acres of land he owns in Calabasas, California, to be used for low-income housing, THR reports. But the project hit a snag in September, when the city ordered him to tear it down.

West, however, still has faith in the project. “The most healing medication possible is love,” he said at the Fast Company event. “The greatest thing we as humans have is each other. We need to be close to each other, but industry has designed cities where the house has to be a certain amount of distance from the school or your job, so that you have to get in car or take public transportation.”

“The world is set up to make us think that we need to have less children when children is the greatest thing and the closest thing to God that we have. So we have to reengineer the cities!” West and his wife have four children, but he recently told James Corden he wants seven. 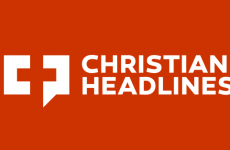 Top News Articles of 2019 Christians Should Know About