Judge Christina A. Snyder wrote that the individual elements of the Christian rap song “Joyful Noise” were the kinds of commonplace elements that courts have routinely denied copyright protection.

Snyder also wrote that even when viewing the evidence in the light most favorable to the plaintiffs, the signature elements of the eight-note ostinato in the Christian rap song “is not a particularly unique or rare combination.”

The judge vacated the jury’s verdict, which according to court documents amounted to $2.8 million in damages.

An attorney who represents “Joyful Noise” rapper Marcus Gray said in a statement that they will appeal the judge’s ruling.

“When the jurors returned a unanimous verdict of infringement, I cautioned my clients that we had only finished Round 11 of a 15-round match and that the next round would take place in the court of appeals,” attorney Michael A. Kahn said.

“We believe the jury was right and will do our best to restore their verdict on appeal,” Kahn said.

The other plaintiffs are Emanuel Lambert and Chike Ojukwu, who wrote “Joyful Noise” with Gray.

Gray’s attorneys had argued that the beat and instrumental line featured through nearly half of “Dark Horse” are substantially similar to those of “Joyful Noise,” The Associated Press reported at the time.

Perry’s lawyer Christine Lepera said during closing arguments that the claim amounted to “trying to own basic building blocks of music, the alphabet of music that should be available to everyone.”

Lepera did not immediately respond to a request for comment from NBC News Tuesday night.

Phil Helsel is a reporter for NBC News. 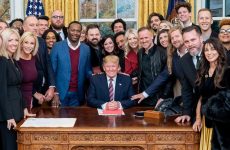 Christian leaders react to Trump’s emphasis on faith during SOTU 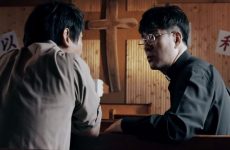 Opinion | The GOP is no longer a party. It’s a movement to impose White Christian nationalism