When radical right-wing conspiracy theorist and so-called “firefighter prophet” Mark Taylor appeared on the “Daily Renegade” program last weekend, he warned that anyone who called him a false prophet was literally risking their lives because God does not take kindly to those who attack his prophets.  During that same program, Taylor struggled mightily to explain away the false prophecies he delivered prior to the 2018 midterm elections, when he repeatedly guaranteed that America would see “a red tsunami” sweep across the nation as Republicans won at every level.

That is not what happened, and in the wake of the election, Taylor initially tried to defend his false prophecy by predicting that hundreds of Democratic politicians would be rounded up in mass arrests and replaced by Republicans, thereby proving his “red tsunami” prophecy was accurate.

That obviously has not happened either, so now Taylor is growing ever more desperate in his efforts to claim that his prophecy was accurate.

“In the midterms, I said there was going to be a red tsunami,” Taylor said. “We picked up six red governorships in six states. Why is that important? Because of the abortion issue, guys … Roe vs Wade is coming down and when it does, where does it go? It goes back to the states. So having six more states turn red like that for governorships is very important.”

Taylor’s claim that Republicans gained control of six new governorships in the 2018 elections is false, as it was the Democrats who actually picked up seven seats.

Taylor then insisted that “this election is still not over,” claiming that the Trump administration has collected evidence that massive voter fraud took place during the 2018 midterms but has decided not to release it because doing so would remove countless Democrats from office and force states to hold special elections to replace them. Instead, Taylor claimed, the administration is going to use this evidence to ensure that this sort of voter fraud doesn’t happen again in 2020.

“People think I am making an excuse for not having a red tsunami,” Taylor said. “It was huge. We had huge wins all across the country. Just because we didn’t take the House they thought we didn’t have a red tsunami.” 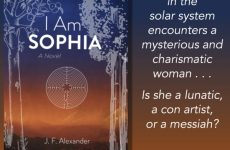 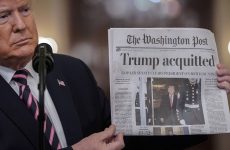