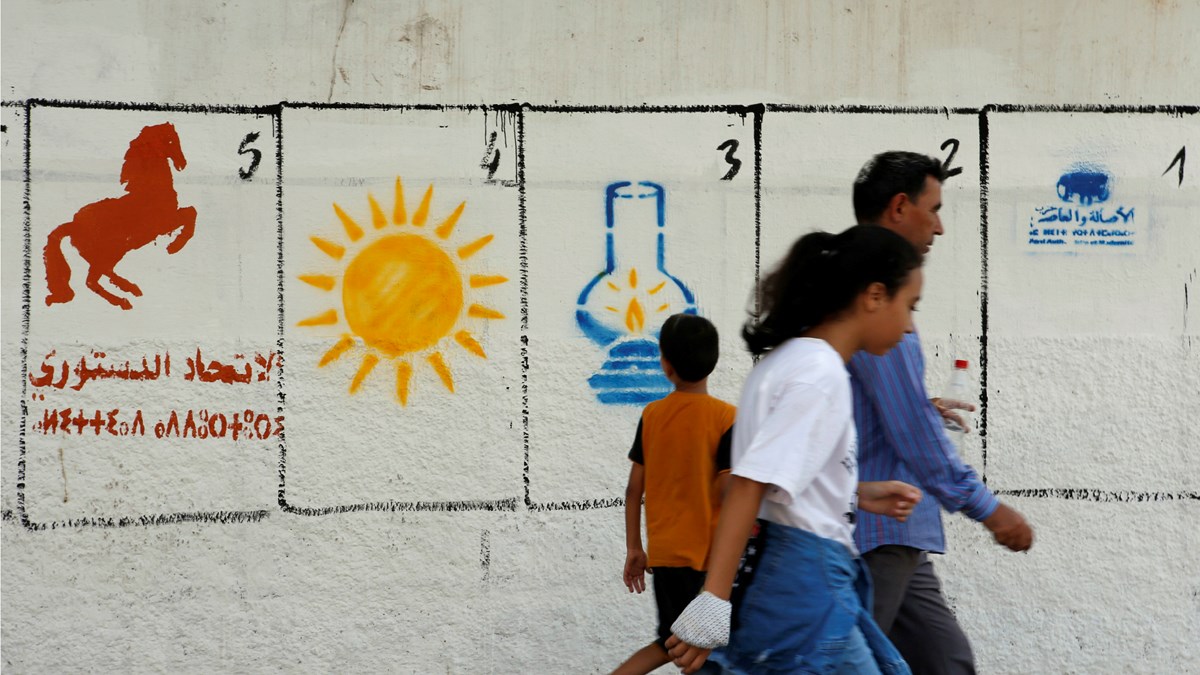 For the first time in his life, Rachid Imounan cast a vote—and overturned Morocco’s Islamist-oriented government.

He is not alone.

Turnout surged to 50 percent as liberals routed the Justice and Development Party (PJD), which led the North African nation’s parliament the past 10 years. Its share of the 395-seat legislature dropped from 125 to 13.

“We thank Jesus, the Islamists are gone,” said Imounan, a church planter who lives in the southern city of Agadir. “God answered our prayers, and now we have the government we wanted.”

Aziz Akhannouch of the National Rally of Independents (RNI) was sworn in as prime minister by King Mohamed VI on September 11, after his party captured 102 seats. He is tasked with forming a coalition government to guide Morocco through its current economic downturn.

A constitutional monarchy, Morocco has held multiparty elections since its independence in 1956. But to stave off protests during the Arab Spring, in 2011 the king instituted reforms and transferred significant power to the prime minister.

Mohamed VI retains final say over several government positions, however, and is revered as “Commander of the Faithful” as a direct descendant of Islam’s founding prophet Mohammed.

Christians described “liberal” parties as those that favor freedom—except for challenges toward the person and position of the king, whose authority is respected by all political entities. Islamists, meanwhile, wished to impose sharia law, cover women, and remove pork and alcohol from neighborhood supermarkets.

“Akhannouch is a businessman. Whether you worship the sun or the moon, he doesn’t care,” said Youssef Ahmed, one of Morocco’s few second-generation Christians.

“He won’t persecute anyone.”

Open Doors ranks Morocco No. 27 on its World Watch List of the 50 countries where it is hardest to be a Christian. Proselytizing—described as “shaking the faith of a Muslim”—can be punished with up to three years in prison.

But the Moroccan constitution guarantees freedom of thought and the right to practice one’s religious affairs. And while only Islam and Judaism are recognized religions in Morocco, the government proscribes no penalties for conversion, and believers say the security services largely leave them alone.

Moroccan Christians, whose numbers are estimated at between 2,000 and 25,000, approached the Islamist party with a request to open their own churches. Instead, they were asked for the names of all Christians in the country.

Muslims may also have been wary of continued Islamist governance.

Ahmad Raissouni, a spiritual leader for the PJD, recently congratulated the Taliban for their seizure of power, “hopeful, optimistic, and delighted with the news from Afghanistan.”

And back in May, then-prime minister Saadeddine Othmani congratulated Hamas for its victory over “the Zionist entity,” following the exchange of rocket fire that Human Rights Watch called a clear war crime.

Othmani and the PJD officially backed the agreement, which resulted in US recognition of Morocco’s claim to the disputed Western Sahara territory. But the decision divided the party and may have alienated its electoral base.

Christians, however, note other reasons for the dramatic loss.

“They made many promises and implemented nothing,” said Imounan. “But their politicians got rich, and everyone saw this.”

Economic issues dominated the campaign. At the height of the COVID-19 crisis, Morocco’s economy contracted 15 percent. There is also a strong divide in perception. Living in one of the region’s top economies, 63 percent of Moroccans view their situation as good or very good. At the same time, 44 percent believe the government needs to create more job opportunities.

Akhannouch has promised just that. Ranked by Forbes as Africa’s 12th richest billionaire, many believed that a businessman could turn things around.

“He is the best man for the job,” said Ahmed. “He is close to the king, and well known in Europe. Let’s give him time.”

The RNI was founded in 1978 by the brother-in-law of then-king Hassan II. Having a party close to the monarchy will increase cooperation, said Imounan, as the Islamists bickered with the very government they were ostensibly in charge of.

But some analysts note this is a critical moment for Morocco, as the civilian government often served as a scapegoat for the king.

“The monarchy overshadows the rest of the political players,” said Mohammed Masbah, head of an independent Moroccan think tank. “[It] takes the credit, and the government takes the blame.”

Some analysts believe the RNI represents a return to the old elites.

Jack Wald, recently retired senior pastor of Rabat International Church, thinks it will be difficult for the new government—or any government—to combat corruption and level the economic playing field.

He laments widespread brain drain, as nepotism drives the educated elsewhere. He knows a pious Muslim with a PhD in physics working at the Moroccan equivalent of Walmart.

Wald also knows a talented Muslim graphic designer who lost his job bid to the relative of an advisor to the former king, who simply outsourced the work. The designer now works in the Gulf.

Morocco ranks 86th out of 180 nations in Transparency International’s Corruption Perception Index. It ranks 39th out of 40 nations in the Global Honesty Index. And 61 percent believe corruption is prevalent to a large or medium extent, though 72 percent believe the government is trying to crack down.

The result: A third of Moroccans desire to emigrate.

“The heart desire of most Moroccans is to leave the country,” said Wald. “The aristocracy must become a meritocracy, and until it does Morocco will muddle along.”

Discrimination against Christians is only a small subset of the problem, he said. A recent anonymous survey of 32 believers echoed these issues. Asked if greater religious freedom would help them feel more confident in business and employment, 21 said yes.

And 12 said they were looking for chances to move abroad.

Wald pushed back on the survey’s thesis that greater religious freedom would result in greater economic prosperity for Morocco. The number of Christians is just too small—for now.

“I tell Moroccans to pray for a Christian revival,” he said, “because that will bring the values the nation needs.”

Christian sources, however, pushed back against the survey altogether.

Imounan said that while discrimination exists in the private sector—he lost his job as an accountant when he revealed his Christianity—it does not characterize government positions.

For Ahmed, livelihood should not be mixed with religion.

“People buy the product, not the faith,” he said. “If Christians do their business honestly, they will win more customers.”

As a new believer, Imounan didn’t pay any attention to politics. Once Islamists began showing their dominance, he felt no hope in the polls. Now, his faith pushes him to pray for change in his country, and as a citizen, to exercise his voting influence.

Ahmed ranked Christian participation as an 8, on a scale of 10.

And though they anticipate an upturn for Morocco, the nature of the constitutionally Muslim nation tempers expectations for their own community.

“I don’t know if this government will result in more freedom for Christians, but at least there will be dialogue,” said Imounan.

“But the final decision has to come from the king.” 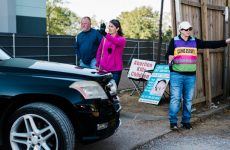 What Happens if Roe v. Wade Is Overturned? Key Questions and Answers