ROME — Pope Francis rejected in stark terms Tuesday the use of the cross as a political tool, an apparent swipe at nationalist forces in Europe and beyond that have used the imagery of Christianity for personal gain.

“Let us not reduce the cross to an object of devotion, much less to a political symbol, to a sign of religious and social status,” Francis said in eastern Slovakia during a four-day visit to that country and to Hungary, his first trip since undergoing intestinal surgery in July.

The remarks were made two days after Francis stopped in Budapest, where he met Hungarian Prime Minister Viktor Orban, who has made the nation’s Christian roots and identity a hallmark of his political messaging and policies, including anti-immigrant and nationalist measures.

“The cross is not a flag to wave, but the pure source of a new way of living,” Francis said, adding that a Christian “views no one as an enemy, but everyone as a brother or sister.”

Sunday, he urged bishops in Hungary to embrace diversity. And after celebrating a Mass there, with Orban in the front row, he said that strong Christian roots allowed a nation to reach out “toward all.”

But the pope’s remarks Tuesday in Slovakia were more blunt. He appeared to extend his criticism to politicians and activists who use Christian references and symbols to gain ground in so-called culture wars.

“How often do we long for a Christianity of winners,” he asked, “a triumphalist Christianity that is important and influential, that receives glory and honor?”

He then added to his message of inclusion by traveling to meet with the country’s Roma, who have long experienced discrimination and poverty, in the rundown and segregated settlements of Kosice.

In his homily Tuesday, Francis spoke at length about Christian identity, lamenting that the cross and crucifix had too often become mere adornments, diluting their true meaning.

In recent years, some politicians in Europe have used religious symbols as part of campaign messages centered on identity politics.

In Italy, Matteo Salvini, leader of the populist League party, often campaigned with rosary beads in hand. At one rally with far-right leaders from France, Germany and the Netherlands, he also invoked the protection of the Virgin Mary over Italy.

Some conservative cardinals in the Vatican — many of whom are highly critical of Francis — spoke glowingly of Salvini and have also expressed sympathy toward Orban.

In interviews before the pope’s visit Sunday, several Hungarian priests and other Catholics in Budapest echoed Orban’s emphasis on Hungary as a Christian country. They said the prime minister had been unfairly criticized for standing up against waves of mostly Muslim migration, which he has compared to an invasion.

Sunday, Orban and Francis convened for a courtesy meeting that lasted 40 minutes, and the prime minister urged the pontiff “not to let Christian Hungary perish.”

Francis spent just seven hours in Hungary, despite appeals by its bishops for him to stay longer.

The Vatican said that the pope’s visit to Budapest was purely spiritual in nature, to celebrate the closing Mass of a weeklong Catholic congress. But others close to the pope allowed that there could be a tacit message to Orban in the discrepancy between the time spent in Hungary and that spent in Slovakia, which is led by a progressive president who, like Francis, is critical of nationalism. 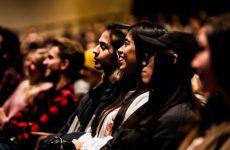 Nearly half of young adults with ties to Christianity say church can’t answer their questions: survey