On July 4th we are celebrating the birth of our nation, a nation that was founded more than 200 years ago. The United States of America has been the brightest beacon of hope and freedom in the world. Our founding fathers built our nation on the principles of life, freedom of speech and religion, liberty and the pursuit of happiness. Many of our countrymen have given their lives for these principles in the name of freedom. Without them our nation would not be the greatest nation in the world.

After signing the Declaration of Independence, John Adams wrote to his wife Abigail, “It ought to be commemorated as a day of deliverance, by solemn acts of devotion to God Almighty. It ought to be solemnized with pomp, parade, with shows, games, sports, guns, bells, bonfires and illuminations from one end of this continent to the other from this time forward forevermore.” Our founding fathers realized what it meant to be free and thought we should thank God and give him the glory.

When 55 God-fearing, freedom-loving men sat down to write the Constitution of the United States, possibly 52 of them were professing Christians. Eleven of the first thirteen colonies required faith in Jesus Christ and the Bible as the basic qualification for holding public office according to Biblical Principles, a Plymouth Rock Foundation book. George Washington stated, “It is impossible to reason without arriving at a Supreme Being.” Ronald Reagan stated, “Inside the Bible’s pages lay all the answers to the problems man has ever known. I hope Americans will read and study the Bible. It is my firm belief that the enduring values presented in its pages have a great meaning for each of us and for our nation. The Bible can touch our hearts, order our minds and refresh our souls.”

Regardless of what some may say, history testifies of the faith of our founding fathers. The solid foundation they laid over 200 years ago continues to stand the test of time and support the world’s greatest country, “One nation under God, indivisible with liberty and justice for all.” Please pray. We need God now more than ever. 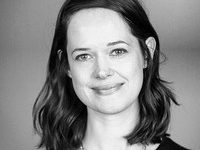 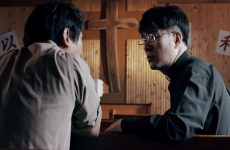 Group releases prayer guide for countries where Christians are most persecuted