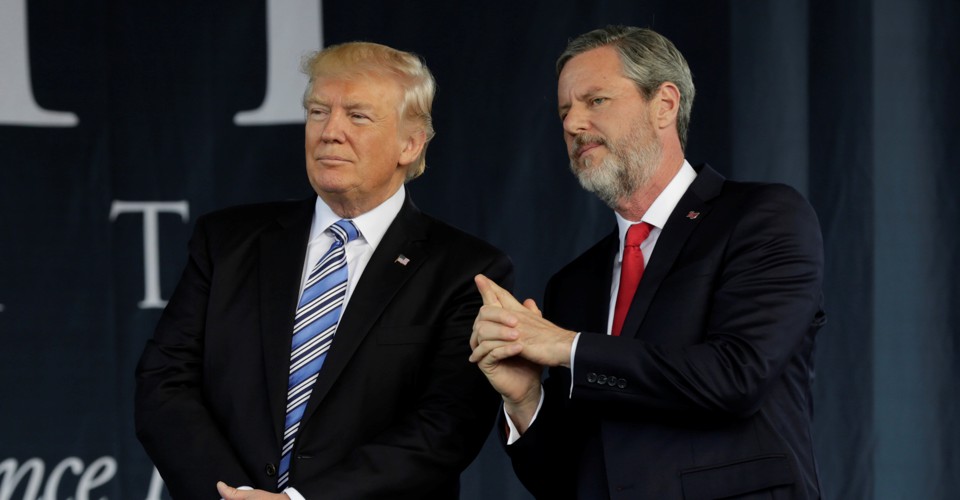 Last week, Ralph Reed, the Faith and Freedom Coalition’s founder and chairman, told the group, “There has never been anyone who has defended us and who has fought for us, who we have loved more than Donald J. Trump. No one!”

Reed is partially right; for many evangelical Christians, there is no political figure whom they have loved more than Donald Trump.

I recently exchanged emails with a pro-Trump figure who attended the president’s reelection rally in Orlando, Florida, on June 18. (He spoke to me on the condition of anonymity, so as to avoid personal or professional repercussions.) He had interviewed scores of people, many of them evangelical Christians. “I have never witnessed the kind of excitement and enthusiasm for a political figure in my life,” he told me. “I honestly couldn’t believe the unwavering support they have. And to a person, it was all about ‘the fight.’ There is a very strong sense (I believe justified, you disagree) that he has been wronged. Wronged by Mueller, wronged by the media, wronged by the anti-Trump forces. A passionate belief that he never gets credit for anything.”

The rallygoers, he said, told him that Trump’s era “is spiritually driven.” When I asked whether he meant by this that Trump’s supporters believe God’s hand is on Trump, this moment and at the election—that Donald Trump is God’s man, in effect—he told me, “Yes—a number of people said they believe there is no other way to explain his victories. Starting with the election and continuing with the conclusion of the Mueller report. Many said God has chosen him and is protecting him.”

The enthusiastic, uncritical embrace of President Trump by white evangelicals is among the most mind-blowing development of the Trump era. How can a group that for decades—and especially during the Bill Clinton presidency—insisted that character counts and that personal integrity is an essential component of presidential leadership not only turn a blind eye to the ethical and moral transgressions of Donald Trump, but also constantly defend him? Why are those who have been on the vanguard of “family values” so eager to give a man with a sordid personal and sexual history a mulligan?

Part of the answer is their belief that they are engaged in an existential struggle against a wicked enemy—not Russia, not North Korea, not Iran, but rather American liberals and the left. If you listen to Trump supporters who are evangelical (and non-evangelicals, like the radio talk-show host Mark Levin), you will hear adjectives applied to those on the left that could easily be used to describe a Stalinist regime. (Ask yourself how many evangelicals have publicly criticized Trump for his lavish praise of Kim Jong Un, the leader of perhaps the most savage regime in the world and the worst persecutor of Christians in the world.)

Many white evangelical Christians, then, are deeply fearful of what a Trump loss would mean for America, American culture, and American Christianity. If a Democrat is elected president, they believe, it might all come crashing down around us. During the 2016 election, for example, the influential evangelical author and radio talk-show host Eric Metaxas said, “In all of our years, we faced all kinds of struggles. The only time we faced an existential struggle like this was in the Civil War and in the Revolution when the nation began … We are on the verge of losing it as we could have lost it in the Civil War.” A friend of mine described that outlook to me this way: “It’s the Flight 93 election. FOREVER.”

Many evangelical Christians are also filled with grievances and resentments because they feel they have been mocked, scorned, and dishonored by the elite culture over years. (Some of those feelings are understandable and warranted.) For them, Trump is a man who will not only push their agenda on issues like the courts and abortion; he will be ruthless against those they view as threats to all they know and love. For a growing number of evangelicals, Trump’s dehumanizing tactics and cruelty aren’t a bug; they are a feature. Trump “owns the libs,” and they love it. He’ll bring a Glock to a cultural knife fight, and they relish it.

Jerry Falwell, Jr., president of Liberty University, one of the largest Christian universities in the world, put it this way: “Conservatives & Christians need to stop electing ‘nice guys.’ They might make great Christian leaders but the United States needs street fighters like @realDonaldTrump at every level of government b/c the liberal fascists Dems are playing for keeps & many Repub leaders are a bunch of wimps!”

There’s a very high cost to our politics for celebrating the Trump style, but what is most personally painful to me as a person of the Christian faith is the cost to the Christian witness. Nonchalantly jettisoning the ethic of Jesus in favor of a political leader who embraces the ethic of Thrasymachus and Nietzsche—might makes right, the strong should rule over the weak, justice has no intrinsic worth, moral values are socially constructed and subjective—is troubling enough.

While on the Pacific Coast last week I had lunch with Karel Coppock, who I have known for many years and who has played an important role in my Christian pilgrimage. In speaking about the widespread, reflexive evangelical support for the president, Coppock—who is theologically orthodox and generally sympathetic to conservatism—lamented the effect this moral freak show is having, especially on the younger generation. With unusual passion he told me, “We’re losing an entire generation. They’re just gone. It’s one of the worst thing to happen to the church.”

Coppock mentioned to me the powerful example of St. Ambrose, Bishop of Milan, who was willing to rebuke the Roman Emperor Theodosius for the latter’s role in massacring civilians as punishment for the murder of one of his generals. Ambrose refused to allow the church to become a political prop, despite concerns that doing so may endanger him. Ambrose spoke truth to power. (Theodosius ended up seeking penance and Ambrose went on to teach, convert and baptize St. Augustine.) Proximity to power is fine for Christians, Karel told me, but only so long as it does not corrupt their moral sense, only so long as they don’t allow their faith to become politically weaponized. Yet that is precisely what’s happening today.

Evangelical Christians need another model for cultural and political engagement, and one of the best I am aware of has been articulated by the artist Makoto Fujimura, who speaks about “culture care” instead of “culture war.”

According to Fujimura, “Culture care is an act of generosity to our neighbors and culture. Culture care is to see our world not as a battle zone in which we’re all vying for limited resources, but to see the world of abundant possibilities and promise.” What Fujimura is talking about is a fundamentally different set of sensibilities and dispositions from what we see embodied in many white evangelical leaders who frequently speak out on culture and politics. The sensibilities and dispositions Fujimura is describing are characterized by a commitment to grace, beauty, and creativity, not antipathy, disdain, and pulsating anger. It’s the difference between an open hand and a mailed fist.

Building on this theme, Mark Labberton, a colleague of Fujimura’s and president of Fuller Theological Seminary, the largest multi-denominational seminary in the world, has spoken about a distinct way for Christians to conceive of their calling, from people who see themselves as living in a Promised Land and “demanding it back” to living a “faithful, exilic life.”

Labberton speaks about what it means to live as people in exile, trying to find the capacity to love in unexpected ways; to see the enemy, the foreigner, the stranger, and the alien and to go toward rather than away from them. He asks what a life of faithfulness looks like while living in a world of fear.

He adds, “The church is in one of its deepest moments of crisis—not because of some election result or not, but because of what has been exposed to be the poverty of the American church in its capacity to be able to see and love and serve and engage in ways in which we simply fail to do. And that vocation is the vocation that must be recovered and must be made real in tangible action.”

There are countless examples of how such tangible action can be manifest. But as a starting point, evangelical Christians should acknowledge the profound damage that’s being done to their movement by its braided political relationship—its love affair, to bring us back to the words of Ralph Reed—with a president who is an ethical and moral wreck. Until that is undone—until followers of Jesus are once again willing to speak truth to power rather than act like court pastors—the crisis in American Christianity will only deepen, its public testimony only dim, its effort to be a healing agent in a broken world only weaken.

At this point, I can’t help but wonder if that really matters to many of Donald Trump’s besotted evangelical supporters.

Peter Wehner is a contributing editor at The Atlantic and a senior fellow at the Ethics and Public Policy Center. He writes widely on political, cultural, religious, and national-security issues, and he is the author of The Death of Politics: How to Heal Our Frayed Republic After Trump.
No comments
Share: 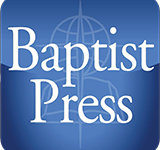