The founder of a charity dedicated to working with military veterans and active-duty members afflicted by combat trauma is claiming an ad for one of his organization’s recent YouTube videos was censored over the weekend for containing the keyword “Christian.”

During a phone interview Tuesday with Faithwire, Chad Robichaux, a U.S. Marine veteran and the founder of the Mighty Oaks Foundation, said his marketing team tried to publish an advertisement Saturday for an episode of the “Mighty Oaks Show,” which often features interviews with veterans and contains content catered to the veteran community.

The particular episode the ad was intended to promote included an interview with Darrin Dick, the director and producer of the documentary “Unforgotten,” which tells the story of how Korean War veteran Harold Bauer, his grandfather, found hope and healing in his Christian faith.

A screenshot of the email Robichaux reportedly received from Google described the keyword “Christian” as “unacceptable content” and a “potential policy violation.”

We ran a @YouTube ad for our veterans ministry outreach for those in need & it was denied for the word “Christian”. Insane!

#Censorship should terrify every American; conservative or liberal, Christian or Muslim. This bias is a dangerous course for America. @MightyOaksFDN pic.twitter.com/at5CsAfEht

“This is the first time we’d seen this,” he continued. “We called the [Google] helpline and they said that Google’s new criteria prohibited that word, ‘Christian.’”

Robichaux said people across the board — Christian or Muslim, liberal or conservative, pro-life or pro-choice — should realize “this is a dangerous path for America to go down,” referring to censorship of content.

“How do we reach the people we’re called to reach? We’re not a political organization; we’re a ministry that’s called to serve the brokenhearted, and that’s what we’re trying to do,” the Mighty Oaks founder said, noting, though, he’s never shied away from his own conservative beliefs. “We’re collateral damage to this political debate.”Robichaux went on to accuse Google of employing an obvious double standard. A pair of screenshots he provided to Faithwire seem to show he would have no problem using the keyword “Muslim” while the word “Christian” was flagged: 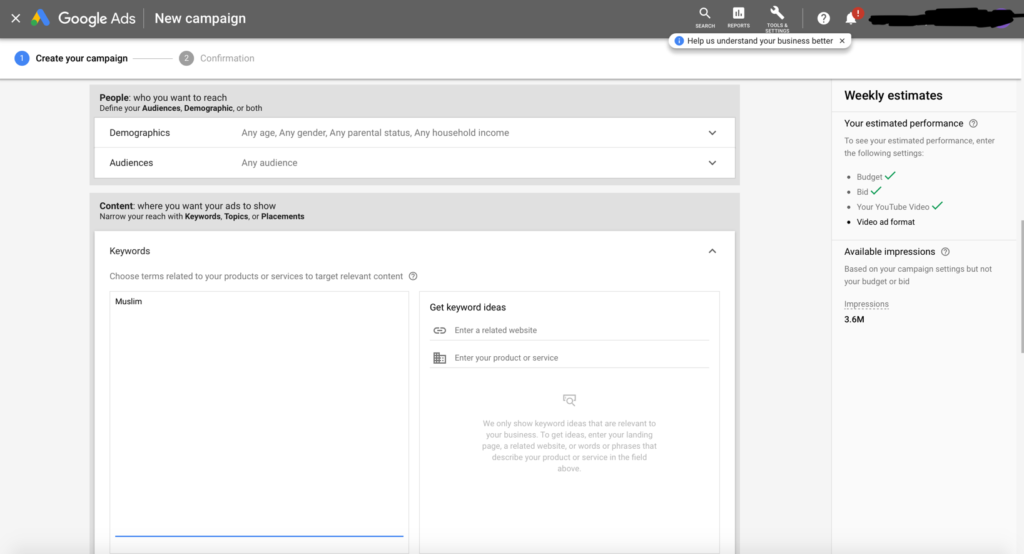 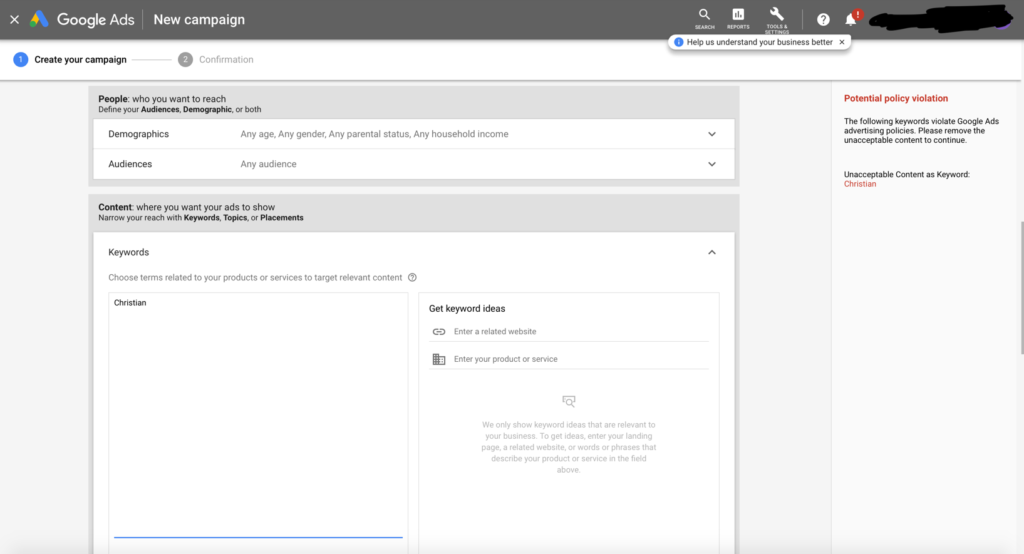 This is not the first time Google has been in hot water over alleged censorship of Christian content.

In March, the tech company made headlines when it banned a video explaining Christian teaching on same-sex marriage from advertising on YouTube. The decision came after a tete-a-tete on Google’s internal messaging service.

Vishal Sharma, vice president for product management and ads at Google, agreed the video was offensive and said the organization doesn’t “allow advertising that disparages people based on who they are — including their sexual orientation — and we remove ads that violate this basic principle.”

“After careful and multiple reviews over the course of a few days,” he continued, “our teams decided to remove the ad in question here, as it violates our policy. We’ve communicated this to the advertiser and have been in touch with creators who have been actively engaged on this issue.”

And in April 2018, Google was similarly criticized for barring ads from Concordia Publishing House, owned by the Lutheran Church Missouri Synod, because they contained references to “Jesus” and the “Bible.”

That issue, though, was a little more complex, given the ads CPH was submitting for approval were technically “remarketing” advertisements, which are ads catered directly to users who have visited certain websites in the past.

In an effort to protect users’ privacy, Google doesn’t allow “remarketing” ads to specifically target people based on sensitive subjects, such as political affiliations or religious beliefs.

As for Robichaux, this latest alleged incident of censorship has led him to ask, “How do we operate as a Christian organization if we can’t use the word ‘Christian?’”

“We know that religious beliefs are personal, so we don’t allow advertisers to target users on the basis of religion,” the statement read. “Beyond that, we don’t have policies against advertising that includes religious terms like ‘Christian.’”

This article has been updated to include a statement from YouTube.