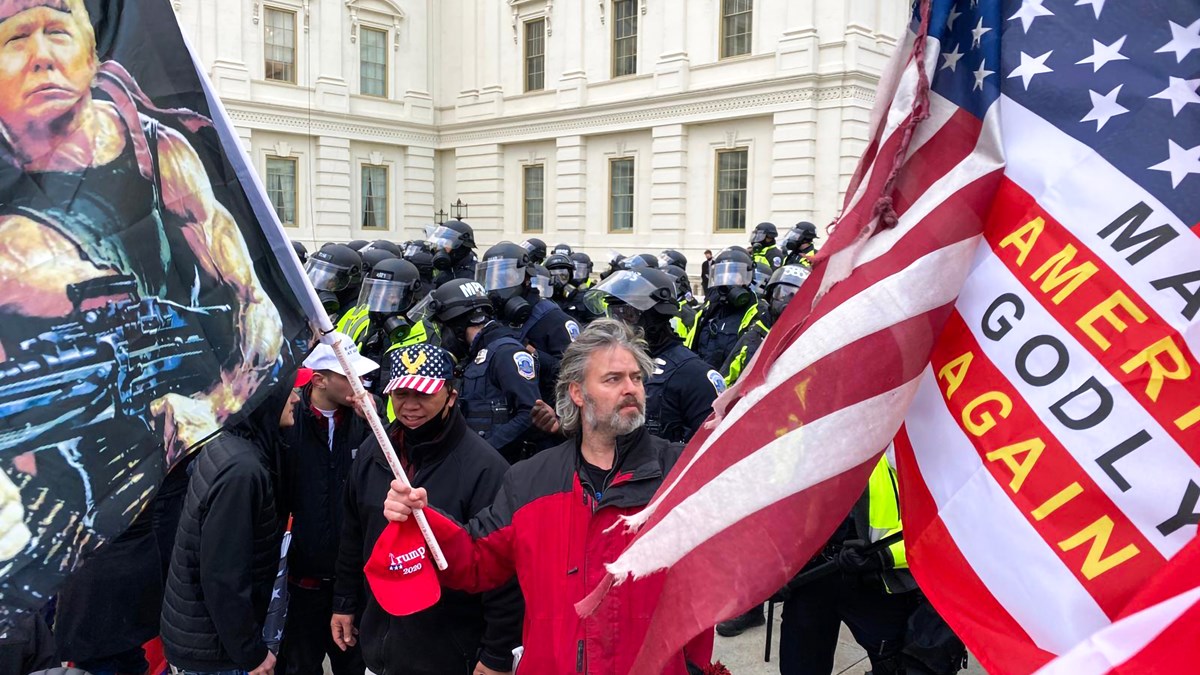 Yesterday, January 6, was the Feast of Epiphany, when Christians celebrate how the light of Christ spreads to all nations. The season of Epiphany—also called Theophany in the East—focuses on Jesus’ revelation of his true identity to all the world. In the West, it centers on the stories of the Magi (who represent the nations or the Gentiles) finding Jesus through their mysterious stargazing. In the weeks ahead, the Epiphany season recalls the baptism of Christ and the wedding at Cana, Jesus’ first miracle.

But what a strange Epiphany we had in the United States. Instead of Magi worshiping a newborn king, MAGA hats descended on our nation’s capital. Instead of the baptism of Christ announcing his true identity, men and women held signs proclaiming “JESUS SAVES” as they demanded to overturn an election. Instead of a miraculous display of love at a wedding feast, we saw a display of political violence.

Epiphany calls us to light and truth. It reminds us that the promise of Isaiah is fulfilled in Christ: “Nations will come to your light, and kings to the brightness of your dawn” (60:3). Light is beautiful, and it is also revelatory. The word epiphany comes from the word reveal and gestures toward a realization of the truth. To have an epiphany is to grasp reality, to receive insight. In these gospel stories, followers of Jesus begin to slowly understand who he is. They glimpse the truth: The light of the world has come to all people and all ethnic groups.

The season of Epiphany reminds us that we do not just receive the light of Christ. We are charged with sharing it with all the world. But if the nations were watching yesterday—as people destabilized democracy while carrying flags that read “Make America Godly Again”—would any onlooker want anything to do with this Christ?

The violence wrought by Trump supporters storming the Capitol yesterday is anti-epiphany. It is dark and based in untruth. The symbols of faith—Jesus’ name, cross, and message—have been co-opted to serve the cultish end of Trumpism.

In the story of the Magi, King Herod tries to use the wise men as pawns in his own quest to protect his power. He promises that he too is devout, that they can trust him, and then he asks his astronomer visitors where to find Jesus, so that he also “could worship him” (Matt. 2:8). Epiphany therefore reminds us that the very language of worship can be wielded as a weapon of earthly political power.

While what happened at the Capitol yesterday is tragic, it is not surprising. For more than four years, Trump has shown that he is more than willing to say any lie, ignore any standard of decency, and bring any amount of violence and division to shore up his own power. Through manipulative disinformation, he incited an insurrection and has yet to condemn it unequivocally. Like Herod, he is happy to use religious leaders as pawns.

But sadly, in this anti-epiphany, the wise men are not so wise. They willingly comply. So for me, the worst part of yesterday’s insurrection is how it represents an utter failure in the American church. This anti-epiphany reveals the horrid outgrowths of Christian nationalism, faulty spiritual formation, false teaching, political idolatry, and overriding ignorance.

Though it saddens me deeply, it must be clearly admitted: Yesterday’s atrocity was in large part brought to us by the white, evangelical church in America.

An emaciated and malformed evangelical political theology got us where we are now. Jeffrey Goldberg describes the insurrection at the capitol as “chaos … rooted in psychological and theological phenomena, intensified by eschatological anxiety.” He tells how one protestor told him, “It’s all in the Bible … Everything is predicted. Donald Trump is in the Bible.” Goldberg continues, “The conflation of Trump and Jesus was a common theme at the rally. ‘Give it up if you believe in Jesus!’ a man yelled near me. People cheered. ‘Give it up if you believe in Donald Trump!’”

The light of Christ coming to the nations is good news, but it isn’t always comforting. Light reveals what is hidden. It exposes darkness. And the church must reckon with the “unfruitful works of darkness” (Eph. 5:11, ESV) that this anti-epiphany—and all that has led to it—makes visible. The storming of the Capitol cannot be understood outside the heresy of Christian nationalism peddled by the likes of Josh Hawley, Franklin Graham, and Robert Jeffress; the unhinged apocalyptic Trump-worship of Eric Metaxas; the blasphemies of the Jericho March; and the millions of evangelicals who see Jesus as a means to ill-conceived ideas of American greatness.

I have at times tried to dismiss these leaders and events as fringe, as the crazy cranks and bizarre displays we ought to ignore. I have instead focused on how, day in and day out, pastors and Christian laypeople are seeking to faithfully follow Jesus, to love their neighbor, and to serve the poor, to embody the truth we proclaim this season. But I cannot overlook the reality that millions of evangelicals are swayed by those who proclaim untruth and ugliness in the name of Jesus.

The conflation of the Christian faith and Trumpism did not suddenly spring up in a vacuum four years ago. It arose through decades of poor catechesis and spiritual formation. Through false teaching that the American flag and the cross of Christ do not conflict. Through evangelical leaders who counted losing their souls a small price to pay for grasping political power. Through white supremacist assumptions that snaked their way into church pulpits and pews. And through the belief that the church exists not to show forth the light of Christ to all people but to Make America Great Again.

By contrast, Epiphany tells us of Jesus’ kingship over all the nations, and yesterday’s events show us what happens when we invert that message: Christian faith is used as a tool to prop up political power.

So what are we to do? How can we move forward as Christians when it seems our very churches have become the epicenters of post-truth? How can we walk in the way of Jesus when his illumination has been traded for conspiracy theories and apocalyptic scare tactics? How do we embody beautiful orthodoxy—truth and light—under the long shadow cast by a cross draped in a MAGA flag on the Capitol lawn?

We have to take up the slow work of repair, of re-forming our churches around the deep, unchanging truths of the light of Christ. We must reconstruct communities where we can know and speak truth, serve the needy and the poor, love our neighbors, learn to be poor in spirit, rejoice in suffering, and witness to the light of Christ amid darkness.

This work will be frustratingly small and local, under the radar, and away from the headlines. It will feel paltry and unimportant in the face of the raging nations and widespread ecclesial and national decay. It will be long, risky, and uncertain. But in that meek and humble place, perhaps, with the Magi, we can again find the small star that leads us to the true Light of the World.

Tish Harrison Warren is a priest in the Anglican Church in North America and the author of Liturgy of the Ordinary and Prayer in the Night (IVP, 2021).

Speaking Out is Christianity Today’s guest opinion column and (unlike an editorial) does not necessarily represent the opinion of the publication. 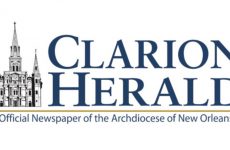 ‘Christianity is the world’s most persecuted religion’ 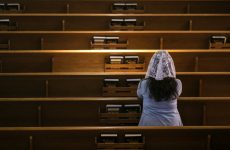 The Overstated Collapse of American Christianity