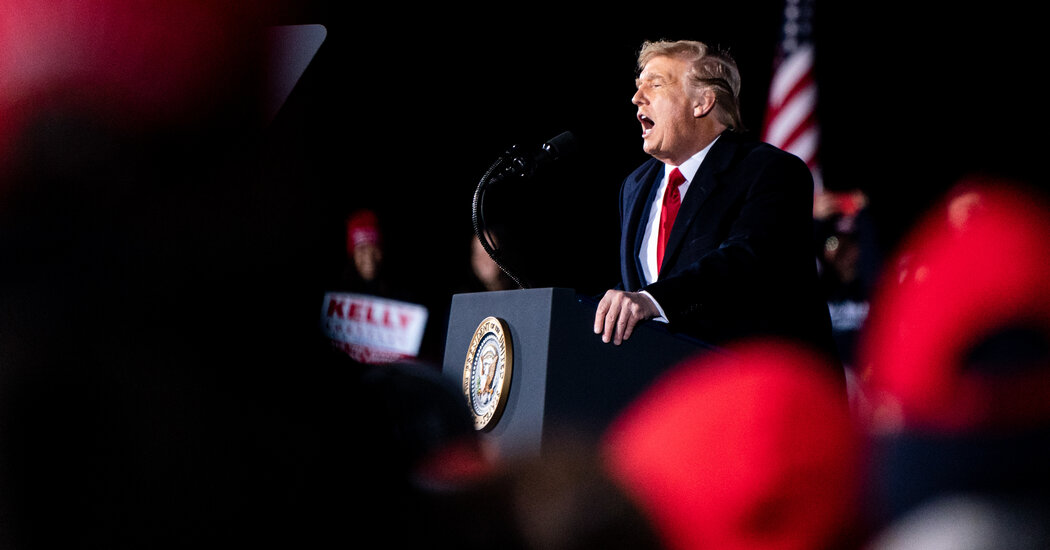 SAN FRANCISCO — Facebook on Thursday said it will block President Trump on its platforms at least until the end of his term on Jan. 20, as much of the mainstream online world moved forcefully to limit the president after years of inaction.

But Twitter, which had locked Mr. Trump’s account on Wednesday for posts that violated its rules, lifted the suspension, allowing the president to tweet. Late on Thursday, Mr. Trump marked his return to social media by posting a two minute 41 second video on Twitter in which he said he would support a peaceful transition of power.

Facebook and Twitter said they made their contrasting decisions for different reasons. Mark Zuckerberg, Facebook’s chief executive, said in a post that the social network decided to cut off Mr. Trump because a rampage by pro-Trump supporters in the nation’s capital a day earlier, which was urged on by the president, showed he wanted to undermine the transition to President-elect Joseph R. Biden Jr.

“We believe the risks of allowing the president to continue to use our service during this period are simply too great,” Mr. Zuckerberg wrote. As a result, he said, Facebook and its photo-sharing site Instagram would extend blocks, first put in place on Wednesday, on Mr. Trump’s ability to post “until the peaceful transition of power is complete.”

Twitter had said on Wednesday that while it saw a “risk of harm” in Mr. Trump’s messages, the company would only permanently suspend the president’s account if he continued to break its rules. Mr. Trump deleted the tweets that had prompted the locking of his account, Twitter said Thursday, starting a countdown to his access being restored.

The diverging actions showed how social media companies were still grappling with how to moderate one of their most powerful and popular users. Mr. Trump, who has used the sites throughout his presidency to rile up his supporters and bully his enemies, has constantly bedeviled Facebook and Twitter by pushing the envelope on what world leaders are willing to say online.

Before Twitter reinstated Mr. Trump’s account, it and other social media companies had been part of a widening revolt against Mr. Trump. Twitter had started the online curtailment on Wednesday by temporarily locking Mr. Trump’s account after he posted tweets that violated its rules against calling for violence and discrediting the vote.

Those actions were a striking change for a social media industry that has long declined to interfere with Mr. Trump’s posts, which were often filled with falsehoods and threats. Facebook and Twitter positioned themselves as defenders of free speech and public discussion, saying it was in the public’s interest to see what world leaders posted, even as critics assailed the platforms for allowing misinformation and toxic content to flow unimpeded.

Lawmakers and even employees of the companies said the platforms had waited too long to take serious action against Mr. Trump. At Facebook, dozens of workers noted that the company had only suspended Mr. Trump from posting after Democrats had secured the presidency and control of the Senate, according to people familiar with the internal conversations.

“While I’m pleased to see social media platforms like Facebook, Twitter and YouTube take long-belated steps to address the president’s sustained misuse of their platforms to sow discord and violence, these isolated actions are both too late and not nearly enough,” said Senator Mark Warner, Democrat of Virginia.

Derrick Johnson, the president and chief executive of the N.A.A.C.P., praised Facebook’s decision to lock Mr. Trump’s account and urged Twitter to do the same.

“The president’s social media accounts are a petri dish of disinformation, designed to divide and fuel violence at all costs,” Mr. Johnson said.

A White House spokesman said no one had been more successful at using digital media than Mr. Trump and that it was “incredibly ironic, yet not surprising, that when the president spoke to the country at a critical time, Big Tech chose to censor and block him from doing so. Big Tech is out of control.”

Over the past year, Facebook and Twitter had started taking some steps to label Mr. Trump’s posts as inaccurate and to direct users to reliable information. But they had remained largely unwilling to delete Mr. Trump’s messages or limit his account.

At Facebook, that unwillingness changed on Wednesday after Mr. Trump egged on his supporters using social media and a mob stormed the Capitol building. From their homes, Mr. Zuckerberg and other executives — including the chief operating officer Sheryl Sandberg, the head of policy, Monica Bickert, the vice president of integrity, Guy Rosen, and the head of international policy and communications, Nicholas Clegg — dialed into video calls to discuss what to do, said two people who were on the call and who were not authorized to speak publicly.

“What we watched and saw in real-time on TV — that was atrocious, a violent insurrection, deeply disturbing,” Mr. Zuckerberg said on a conference call with Facebook employees on Thursday, which The New York Times listened to. “You just can’t have a functioning democracy without a peaceful transition of power.”

Mr. Zuckerberg also criticized Mr. Trump directly on the call, saying the president was “fanning the flames of his supporters who moved to overturn the election outcome.”

Ms. Bickert added that while Mr. Trump’s posts had not been direct calls for violence — the standard Facebook uses to take down posts — executives “felt that these posts did more to contribute to, rather than diminish, the risk of continuing violence.”

Alex Holmes, the deputy chief executive of the nonprofit The Diana Award, said external councils that he is a member of that advise Facebook and Twitter on trust and safety had raised concerns about President Trump’s inflammatory social media posts — but were ignored.

“What was sometimes lost was the understanding of how things could result in offline harm,” he said. “The world is watching now.”

At Twitter, the decision to temporarily suspend Mr. Trump’s account on Wednesday came after discussion among executives in charge of safety and policy, a person familiar with the company said. They pointed to a clause in Twitter’s policy, which said that even world leaders could face consequences if they promoted terrorism or made clear and direct calls to violence.

Jack Dorsey, Twitter’s chief executive, then spent Thursday morning liking and retweeting commentary that urged caution against a permanent ban of Mr. Trump, suggesting he would not deviate from the plan to allow Mr. Trump back onto the service.

The social media companies’ clampdown extended beyond Mr. Trump. Twitter overnight permanently suspended Lin Wood, a lawyer who had used his account to promote the conspiracy theory QAnon and to urge on Wednesday’s mob. The company also removed a post from Dan Bongino, a conservative podcast host, on Thursday.

That helped renew right-wing criticism that conservatives were being censored by the platforms, which are headquartered in liberal Silicon Valley. Mr. Trump has accused the companies of censorship in the past and signed an executive order last year intended to strip legal protections from the platforms.

“The speech suppression is going to get worse,” Mr. Bongino tweeted before publishing the post that would be removed and cause his account to be locked.

Other conservatives railed against Facebook on alternative social media sites like Parler and Gab, two Twitter-like platforms that the far-right have flocked to for their laissez-faire attitudes toward speech. On Parler, the hashtag #FacebookCensorship was trending on Thursday, while Gab’s “Trending” page featured a full-screen photo of Mr. Zuckerberg with the headline “Facebook Bans Trump.”

Parler and Gab did not respond to requests for comment.

“The purge will only intensify,” wrote one Gab user with the handle @Winst0n_Smith. “People need to migrate to alternative social media.” 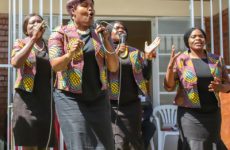