Prophecies are nearly as old as human communication. Whether they take the form of a sage’s wisdom, a dark omen or the search for a “chosen one,” prophecies have long shaped the way we tell legends of our own making. Classics, from Macbeth to Star Wars, just wouldn’t be the same without them. But, while they can be an effective literary device, they can also turn into a lazy trope. They’re common because they serve several purposes, but they aren’t powerful enough to save a bad story from itself.

First and foremost, there’s a reason prophecies proliferate in works of fantasy or speculation as opposed to strict realism. In-story, prophecies are nothing more than future predictions that seek to create a sense of order out of (or attempt to exercise some control over) the infinite chaos of life. They’re beliefs, not proofs, rooted in culture or mysticism, not science or fact.

Continue scrolling to keep reading Click the button below to start this article in quick view.

From the writer’s perspective, they perform what seems like a contradictory function. Their unprovable nature adds a layer of mythology, as well as mystery or uncertainty, to what are otherwise straightforward sequences of events. They provide a framework or a goal and keep the audience interested by posing a weighty question at the outset. The reader or viewer isn’t just following the protagonist from points A to B; they’re waiting for the prophecy to be fulfilled. Good prophecies are open-ended and can be interpreted in a variety of ways within the context of the story in which they appear. Bad prophecies, on the other hand, are substitutes for compelling plots and characters.

By far, the most common prophecy is the “chosen one” narrative. There are simply too many to name, but they account for some of pop culture’s most cherished and influential franchises. The Lord of the Rings has Malbeth the Seer who predicts a king will change his name and restore peaceful rule. As rich as Tolkien’s texts are, this prophecy isn’t too difficult to sort out. It clearly applies to Aragorn, but since the dominant quest is that of Frodo’s efforts to dispose of the ring, it’s really just part of Tolkien’s top-notch worldbuilding. Other standard uses of the chosen one prophecy include The Chronicles of Narnia, The Matrix, Avatar, Buffy the Vampire Slayer and many more.

Some would-be saviors’ destinies aren’t quite so certain. Harry Potter has divination professor Sybill Trelawney’s prophecy that warns, “for neither can live while the other survives.” That it could apply to Neville as well as Harry is still hotly debated among fans, and the way in which it will come to pass is an open question throughout the series that might result in both the hero’s and the villain’s deaths. It gains momentum and complexity as the books go on, which is a sure sign of a prophecy done right.

The best deployment of the chosen one prophecy, though, can be found in two of the most contentious franchises of the modern era: Star Wars and Game of Thrones. An aura of prophecy runs throughout the Skywalker Saga, but the Prequel Trilogy deals with it head-on. Qui-Gon and Obi-Wan believe Anakin is the Chosen One, but the Jedi Council’s not so sure, and even if he is, whether that’s a good thing for the galaxy is another matter altogether. Here, the convention doesn’t just drive the plot, it also complicates politics and Anakin’s psychology, and subverts the very concept of the hero’s journey.

The final season of Game of Thrones may have been, to some, disappointing to the point of outrage, and the books are still unfinished, but the multiple prophecies and omens that George R.R. Martin scaffolds into the world of Westeros are nonetheless well-built. Fans are still dissecting and studying the six direwolves, Bran’s greensight, the Lord of Light, Cersei’s fortune and of course Azor Ahai. What Martin knew is that, for prophecies to be fun to engage with, they can’t be too reliable. As Tyrion says, “Prophecy is like a half-trained mule. It looks as though it might be useful, but the moment you trust in it, it kicks you in the head.”

Other forms of prophecy have to do with a convergence of events. In Netflix’s The Witcher, a not-totally-as-of-yet-explained prophecy about the end of the world (or its rebirth) involves the intertwined paths of Ciri, Geralt and Yennefer. In The Fifth Element, a prophecy is decoded that explains every 5000 years, the planets align to open up a black hole that can only be stopped by the titular force. Often, these broader futurecasts often evolve into chosen one narratives, but sometimes it works in reverse. In book form, Outlander’s Fraser prophecy suggests Claire and Jamie’s daughter, Brianna, will be crowned. But, again, the books are incomplete and the TV series has upended that wisdom by suggesting a king will arise only when Brianna is killed.

Some of the biggest bombs in box office history have been prophecy-driven, too. From John Carter to Jupiter Ascending, sometimes we just don’t care how the fates resolve. The technique can enhance a narrative that can stand on its own, but we don’t invest in a main character simply because the movie tells us they’re a chosen one. We don’t stick with a story simply because it foreshadows how events might unfold. Yet, the practice is still going strong. With that in mind, it’s safe to say authors will keep inventing and fulfilling destinies for many years to come. 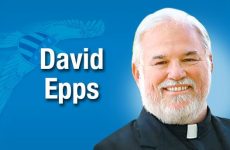 The death of Christianity –