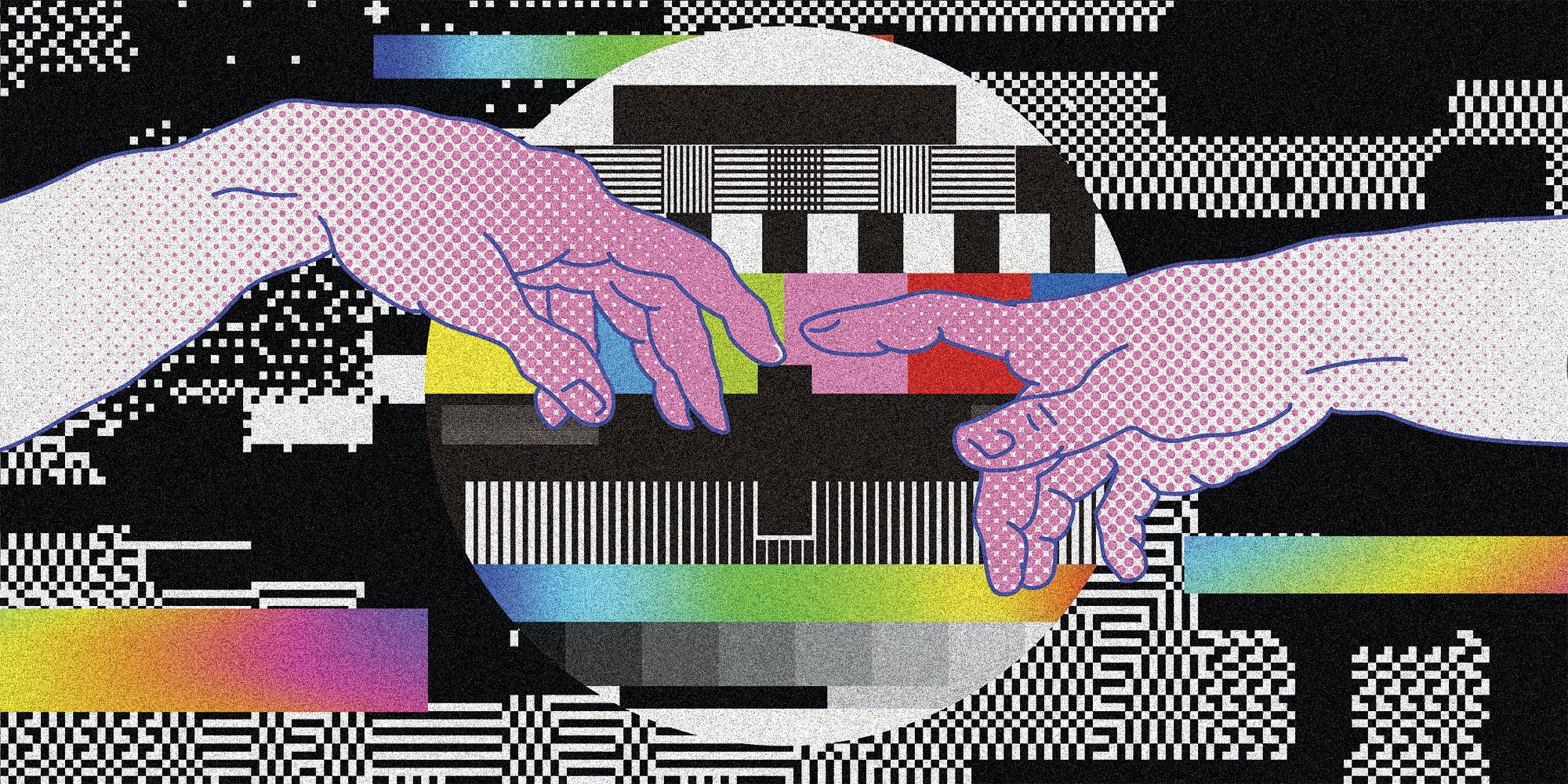 What virtual reality should Jesus join? None. At least that’s what numerous Christians are arguing. They’re convinced the metaverse is going to steal their souls.

“From now on, we are going to be metaverse first, not Facebook first,” Zuckerberg said.

Virtual reality is far from a new concept. People have been virtually hanging out with anime characters, attending concerts, and learning how to dodge linebackers for years.

So what’s special about the Meta metaverse? Nothing really. As CNN reported yesterday, multiple companies have created metaverses.

The only thing different about Meta’s version is the brand behind it. (The Meta metaverse also doesn’t technically exist yet.)

That’s different enough to a bunch of Christians. They’re convinced that any metaverse created by the company formerly known as Facebook is going to be a highway to Hell—literally.

A collective freakout began almost immediately. The day after Zuckerberg’s announcement, a headline in Catholic publication Crisis Magazine blared, “Christians, Beware the Metaverse.” In a piece sprinkled with transphobia and complaints about the youths, writer David Larson made some valid points about the potential invasions of privacy and addictive qualities of the metaverse.

Then Larson kicked on the hysteria by arguing that the metaverse will control our minds like the internet has. It’s a somewhat faulty thesis because if there’s one thing the internet has proven itself capable of doing over the last several decades, it’s clearly uniting society.

Speaking of giant tech companies, Larson wrote, “They would almost certainly continue to tell us which opinions are to be mocked and despised and which are to be approved and celebrated.”

Larson theorized that the tech companies behind the metaverse would even intentionally stop people from preaching the gospel or getting heterosexually married and procreating. “If somebody told us about Jesus or the importance of the nuclear family or anything else unapproved [in the metaverse], maybe a pretty woman would enter the digital room and give the young man attention. Maybe his favorite comedian would pop up with a new joke,” Larson wrote, preventing the Gospel from being spread.

He finished with a dire warning that by gaining a metaverse, people would lose their very souls.

In the Wall Street Journal, Aging with Dignity founder Jim Towey wrote that he Googled “avatar” which led to this declaration: “Mr. Zuckerberg wants us to become some kind of gods.”

“That rings a bell. Wasn’t that vision the one the serpent in the Garden of Eden used to deceive Adam and Eve into eating forbidden fruit?”

Towey surmised that virtual reality will give its inhabitants unrealistic expectations and alienate them from other humans and, in turn, the Lord.

“Facebook’s squandering of billions of dollars to build a high-tech, artificially intelligent virtual reality is no blessing. It is a curse,” he wrote in conclusion.

Per Larson and Towey, in the metaverse we’ll lose our souls, become godlike, and be cursed.

The authors of an article in Breakpoint Colson Center were far less feverish but also wary. John Stonestreet and Maria Baer argued that the metaverse could replace the real world and urged Christians to be mindful about the risks. They wrote that while it’s not necessary to eschew the virtual world, “the key is to use technology in service to our flourishing as embodied souls, and to make sure we don’t let that technology redefine what it means to flourish.”

Some Christians aren’t especially concerned that the metaverse would damn their immortal souls. Jennifer Bennett acknowledged that there are risks, but said there are also potential rewards. She pointed out that it might even create more opportunities for ministry.

YouTuber Ruslan KD said that the hysteria was probably helping, rather than hurting, the metaverse. “You have Christians coming out with the Satanic panic marketing just making it more intriguing to folks that are Christian.” Ultimately, however, he doesn’t believe that the metaverse going to amount to much. “I think Zuckerberg is banking on this thing to pop off and I don’t know if there’s a real demand for it.”

Others were amused by the hysterics. “As if Facebook isn’t going to pull the plug on it 6 months after launch,” @arictoler tweeted.

And then there’s Andrew Torba. To the founder of the far-right haven Gab, the metaverse is the end of days.

“The tech oligarchs are all in on the ‘metaverse’ as the new system of enslavement and control,” the wannabe tech oligarch declared. While the rest of us toil and play the day away in the metaverse, he says the oligarchs “will be working hard in the real world to ascend beyond humanity and become ‘gods.’”

Naturally, Torba urged his readers to keep the “children from participating in the Enemy’s virtual worlds at all costs.”

Instead, he wants to build “parallel virtual worlds”—sort of like how Gab is a more racist, antisemitic parallel to Twitter.

“God is allowing this technology to be built during our lifetimes for a reason,” he wrote. “We must learn, adapt, build, and strategize for how we will use it to bring glory to His name and advance His Kingdom.”

What virtual reality would Jesus join? If not metaverse, then perhaps Torbaverse.

Christians aren’t the only ones issuing dire warnings about the metaverse. In the socialist magazine Jacobin, Paris Marx wrote that it “must be stopped.”

Marx isn’t worried about being branded with the mark of the beast, however.

“Facebook founder Mark Zuckerberg’s metaverse is no utopian vision—it’s another opportunity for Big Tech to colonize our lives in the name of profit,” Marx wrote.

This point doesn’t have the sizzle of hellfire and damnation. But it does actually make sense.