Recent studies from the General Social Survey found that atheists make up the largest religious group in America. Catholics and Evangelicals fall right behind. Those who identify with “no religion” now account for 23.1 percent, the majority of them under age 50.

Americans are losing interest in attending religious institutions, as well as an overall loss of faith in the church. Yet still many identify as spiritual. These findings call for changes – our practice of Christianity needs to change in order to best address the needs of those who are drawn toward atheism.

But what exactly needs to change?

Our culture is impartial to the features of religion that our grandparents and parents were raised in — the traditions, the social norms, and formalities. But the majority of young people don’t care to partake in the weekly customs of the organized church. Yet, many refer to themselves as “spiritual but not religious.”

It’s not that young people don’t care about faith or spirituality, but it brings to question if the beliefs some were raised in lacked a core foundation, focusing more on the practices of Christianity than grace, truth, and a relationship with Jesus Christ. In a piece for The Federalist, by Glenn Stanton, author of “The Myth of the Dying Church,” Stanton addresses the many Millennials leaving the church.

“Pew reports that of young adults who left their faith, only 11 percent said they had a strong faith in childhood while 89 percent said they came from a home that had a very weak faith in belief and practice. It’s not a news flash that kids don’t tend to hang onto what they never had in the first place,” he writes. There certainly is a skepticism, uncertainty and at times a distaste for those who identify themselves as “nones” in the traditional ways, lingo, and norms of organized religion.

So, what can we do to instill the hope of Christianity in a generation and people who are tired of the tight reins of religion? We must recollect the call of our own profession of faith. 1 Corinthians 9:19-23 says, “Though I am free and belong to no one, I have made myself a slave to everyone, to win as many as possible… I have become all things to all people so that by all possible means I might save some. I do all this for the sake of the gospel that I may share in its blessings.” To bring people the truth of the gospel, it won’t be through tradition and it won’t be through religion. They are looking for a connection – a connection with God.

Through the increasing number who identify with an irreligious spirituality, it is clear that people are hungry for truth, for substance and for something that will bring them life outside of any institutionalized religion. We could look at these statistics and recognize a swift shift in our society, but we can also see evidence that there is much more required of our Christian faith to lead this culture to Christ than we are often comfortable with. 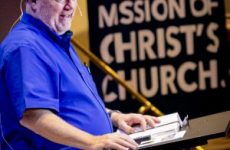