HONG KONG — Armed with a Bible, a guitar and a drawing of Jesus walking on water, Andrea Wong sat outside the offices of Hong Kong’s central government and booed.

Ms. Wong, 18, usually stays out of politics. But in recent weeks, as Hong Kong was swept by mass protests against closer ties with mainland China, she asked herself what a good Christian would do.

“I am very certain that Jesus would not have stayed home enjoying the air-conditioning,” Ms. Wong said. “He would have been out here helping people and marching.”

Christians have been a visible part of the protests this month — among the largest in Hong Kong’s history — providing food and shelter at demonstrations and condemning efforts by the police to break them up. Many protesters, even those who are not religious, have embraced the teachings and messages of Christianity to denounce a proposed law to allow extraditions to mainland China.

Protesters have spoken of “loving thy neighbor” and winning a battle of “good versus evil.” Youth groups have held prayer circles to call for peace and redemption for the police. A hymn called “Sing Hallelujah to the Lord” has become an unofficial anthem of the demonstrations, echoing from bridges and makeshift shelters.

Hong Kong’s Christians have long played an important role in the politics of the semiautonomous Chinese territory, on issues like religious freedom, democracy and human rights. And though Catholics and Protestants make up only about one in nine people in this city of 7.5 million, the influence of Christianity in the protests has been striking, providing a source of inspiration and solace.

“We believe in upholding justice,” said David Cheung, a pastor who has taken part in the protests. “Our faith gives us our courage, confidence and hope against this evil government power.”

Christians’ influence is all the more noticeable as Chinese officials have tightened controls over religious life in the mainland. Last year, Beijing reached an agreement with the Vatican recognizing the legitimacy of government-appointed bishops, a deal that was criticized by Catholic leaders in Hong Kong.

Many Christians said they saw the extradition measure as opening a door for China’s severe restrictions on religious freedom to make their way into Hong Kong.

“The law is unjust,” said Carita Ng, 52. “It is very dangerous to citizens like us because it deprives us of free speech. As Christians, we need it more than anyone.”

The extradition bill was indefinitely suspended on Saturday after large numbers of people had taken to the streets twice in four days. The measure would allow criminal suspects to be transferred for trial in jurisdictions including mainland China, where the courts are controlled by the ruling Communist Party.

On Sunday, a day after the bill was suspended, protesters turned out in even bigger numbers, with crowds that organizers estimated at close to two million people demanding that the measure be fully withdrawn.

The demonstrators have focused much of their ire on Hong Kong’s top leader, Carrie Lam, who is a devout Catholic. On Tuesday, Mrs. Lam apologized for her handling of the bill and promised to better listen to the concerns of the public. Many protesters, who have called on her to resign, were unsatisfied with her apology.

For Christians, Mrs. Lam’s actions have a religious dimension. Many say they believe she has sinned and should step down. At the same time, they say they pray for her and hope she has a chance at redemption.

“She has gone astray,” said Ms. Wong, who has spent up to 10 hours a day singing, praying and marching during the protests. “I hope she will have the wisdom to do the right thing.”

On Monday, Mrs. Lam met with religious leaders and apologized. She told them she was lucky to be able to turn to her faith in a difficult time, according to the Rev. Canon Peter Douglas Koon, who attended the meeting. Mrs. Lam asked the leaders to pray for her and for Hong Kong, Father Koon said.

Among the first to speak out against the proposed extradition law was Cardinal Joseph Zen, the retired archbishop of Hong Kong.

Beyond worries that the law could be used by mainland officials to punish churches in Hong Kong, Cardinal Zen said Christians were united with other protesters by a fear that the law would leave Hong Kong residents vulnerable to the whims of mainland courts.

“Our clergy is rather conservative; not many usually come out,” he said. “But I think this is a moment when we should stand with the people. Otherwise, we are against the people, and there is no middle way.”

The prominence of Christianity in the protests has lent legitimacy and protection to the protesters, helping them go up against government officials like Mrs. Lam who initially dismissed their demands and compared them to spoiled children.

Some protesters who gathered outside the local legislature were advised to sing hymns because religious assemblies are more difficult for the police to break up.

On Wednesday, Cardinal John Tong of the Catholic Diocese of Hong Kong and the Rev. Eric So, chairman of the Hong Kong Christian Council, called on Mrs. Lam to withdraw the extradition bill and begin an independent inquiry into the police response to the protests.

A judicial challenge has also been brought against the police alleging that an officer made a discriminatory remark when he told a group of clerics at a protest, “Ask your Jesus to come down and see us.”

Hong Kong, which was a hub for Christian missionaries under British rule, is now home to about 850,000 Christians and more than 1,500 churches. Many members of the middle and upper classes are Christians or studied at Catholic schools.

Chan Shun-hing, a professor of religion and philosophy at Hong Kong Baptist University, said the involvement of churches conferred on the protesters an image of nonviolence and morality.

“Christians still enjoy a very good reputation in society,” he said. “Whenever they talk, people will side with their positions.”

Alan Leong, the chairman of the pro-democracy Civic Party, said his religion had given him hope in taking on adversaries that seemed much bigger, like the Chinese Communist Party.

“On the face of it, it seems that you are no match for this ruthless power,” he said.

While pro-democracy protesters have in the past sometimes mocked Christian activists as zealots, many people of differing beliefs have rallied behind church leaders in the recent protests.

Alex Auyeung, a 27-year-old counselor, is not religious. But after participating in the march this past Sunday, he visited a small church.

Mr. Auyeung arrived with difficult questions. Was it possible to overcome intense dislike for the police and to see them as human? Was a mob mentality among protesters prevailing online? What does forgiveness mean?

“We are at a very fragile moment,” he said. “We need to bring calmness and wisdom to people.”

He read from Corinthians, clasped his hands and bowed down to pray.

Hong Kong Official Defends Police’s Use of Force Against Protesters 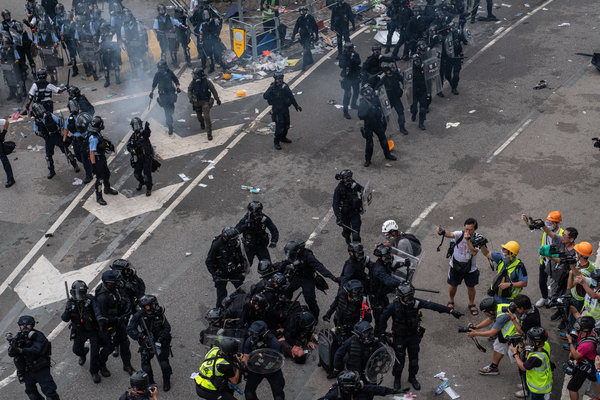 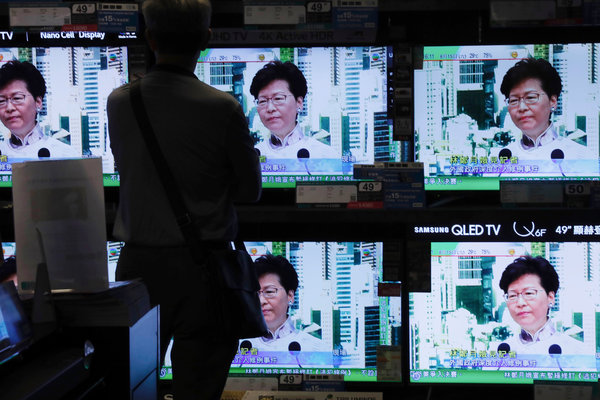 As China Cracks Down on Churches, Christians Declare ‘We Will Not Forfeit Our Faith’ 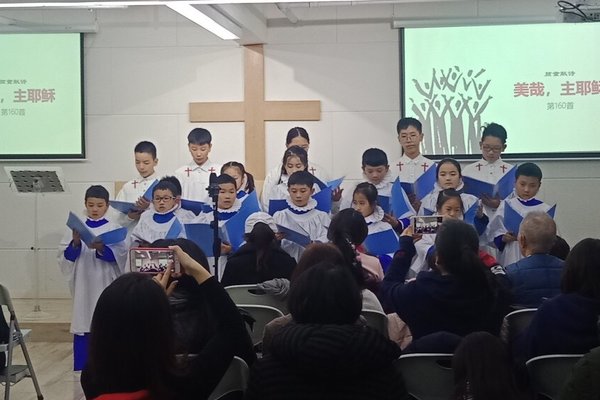 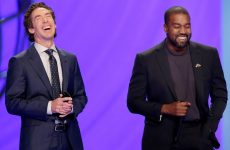 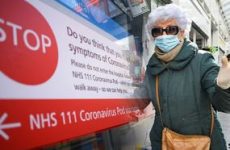 Coronavirus in the Bible: Does the Old Testament prove prophetic links to COVID-19?