Toronto greeted the grand opening of its first Chick-fil-A with about 75 protesters staging “die-ins”, opposing the eating of “sentient” beings (chickens), and carrying signs saying “Cluck Off” to what they describe as Chick-fil-A’s alleged stance against “LGBTQ” rights.

But long before the protesters showed up, people were lining up in the wee hours of the morning to be the first customers to enjoy sandwiches made from those delicious “sentient” beings for which Chick-fil-A is famous.

“I camped overnight cause I wanted to be the first one in line,” Chick-fil-A’s first customer Amanda Luciano told Narcity.com.

Luciano arrived at 10:30 pm the night before the opening, waiting to get in 12 hours later on Friday morning.

Others arrived at around 1:30 am on Friday morning. The reward for the faithful chicken enthusiasts? The first 100 people in line received a gift card for 52 free chicken sandwich meals covering one a week for a year. Once the doors opened at 10:30 a.m. Friday, the line down the street began to stream into the restaurant, walking past the protesters outside.

It’s not the first time there’s been such clucking about a new Chick-Fil-A opening. Years ago, the Christian owner of the chain said he personally supported the biblical definition of marriage, which would not include same-sex marriage. Since then, the company has come under constant fire from LGBTQ activists, even though Chick-fil-A has made it very clear the company serves everyone and does not discriminate against employees or patrons. More about that in a moment.

The most recent US-attack against the company came in Kansas. As CBN News reported, Kansas University’s Sexuality & Gender Diversity Faculty and Staff Council wrote a letter to their administration opposing the chicken eatery getting a prime location on their campus, saying it is “hostile to lesbian, gay, bisexual, transgender, and queer (LGBTQ) people, families, and communities,” and that the “culture of Chick-Fil-A fosters hate and discrimination on multiple levels.”

Also, in March, administrators with the San Antonio City Council blocked Chick-fil-A from being considered as a restaurant option at the San Antonio International Airport, citing the chain’s so-called “legacy of anti-LGBTQ behavior.”

The opposition stems from a statement in 2012 when Chick-Fil-A’s owner, Dan Cathy, expressed his personal conviction that marriage is a union between one man and one woman.

But Chick-Fil-A says they welcome everyone to their restaurant.  Their official statement on the San Antonio rejection, reported by Faithwire, is a typical response from the eatery, and cites the company’s “code of conduct,” which comes from the Bible and is known as the Golden Rule: “Do unto others as you would have them do unto you.”

“The 140,000 people who serve customers in our restaurants on a daily basis represent and embrace all people, regardless of race, gender, ethnicity, sexual orientation or gender identity,” the spokesperson said, according to Fox News.

“Our intent is to have a positive influence on all who come in contact with Chick-fil-A.”

Apparently, the protests have not affected Chick-fil-A’s bottom line or popularity.

The restaurant known not just for its great chicken, but its niceness, has made “My pleasure” the response to a customer’s “Thank you” the standard for many other fast-food businesses.

Smallbiztrends.com reported in August that for the third consecutive year, Chick-fil-A ranked as the number one fast-food restaurant in customer service (July 2019). It also now comes in at #3 in popularity among those in the fast-food universe, nipping at the heels of McDonald’s and Starbucks.

This Christian rapper has the No. 1 album right now: ‘I put my life into this’ 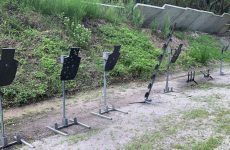 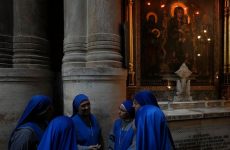