While President Trump was preparing to address the nation on a global pandemic, viewers who may have tuned in early on Fox saw a panel of judges attempting to figure out which celebrity just sang Sir Mix-A-Lot’s “Baby Got Back” from behind a giant pink bear head on The Masked Singer.

After saying it would be “hella hard” to figure it out, judge Nicole Scherzinger began by guessing that it might be Christina Applegate. Going off of the clue of “hockey skates” and the fact that the mystery singer is a mom, Jenny McCarthy went with Candace Cameron Bure.

Robin Thicke, meanwhile used a clue of Saturday Night Live to pick Tina Fey. He was getting closer.

“OK, Bear, it’s time to show us who you really are!” host Nick Cannon said, as none other than former Alaska governor and vice presidential nominee Sarah Palin revealed herself.

“This is the weirdest thing I’ve ever done, that’s for sure,” Palin said. “But it’s all about fun. It’s unity. This is all good. This is something that our country needs right now, too.”

Then she delivered her rap performance one more time without the mask.

And yes the most surreal moment may have come when the show ended and Fox News anchor Bret Baier appeared on the screen. “This is coverage of President Donald Trump’s primetime address to the nation on the coronavirus, which the World Health Organization today declared a global pandemic,” he said, soberly. “Good evening. I’m Bret Baier in Washington. 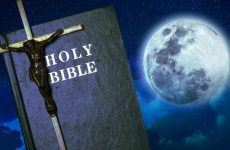 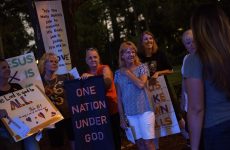 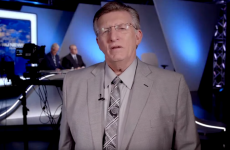