In that a significant majority of white evangelicals support Trump and about a third say there is virtually nothing he could do to diminish that support, the coming backlash against Christianity Today is inevitable.

It might cost the magazine subscribers and advertisers. So, I register my gratitude and respect for Christianity Today.

As always, whenever anyone dares to criticize him, Trump had a digital tantrum, calling Christianity Today a left-wing magazine and claiming that it is failing. Neither is remotely true, and this once again reveals the president’s profound ignorance. The iron grip the president has on evangelical Christians, despite lying, serial adultery, making fun of people with physical and emotional handicaps, separating infants and children from their parents at the border and confining them in cages, betraying allies and cozying up to dictators, remains a mystery.

I ponder all the suggested reasons: that it’s a matter of appointing judges who will overturn Roe v. Wade, that it is a response to secular, liberal culture; that it is a Faustian bargain to slow the pace of broader social change. But none of those seem to warrant evangelicals’ unquestioned, lock-step support. Nor does it adequately explain the unwavering support of the GOP, once the party of “family values” and traditional morality. And it makes Christianity Today’s position all the more remarkable, important and courageous.

There is no doubt that the president of the United States used the power of his office to try to coerce a foreign government, an allied government under siege, at war with Russia, to open an investigation into the president’s potential political rival to enhance his own chance of winning the next election. That is, quite simply, wrong: politically wrong, humanly wrong, morally wrong. I happen to believe that the Founders were on to something profound, indeed something very close to the political anthropology of the Bible, when they set forth a government based on the brave assertion that we are all created equal and have God-given rights. On that basis, they created a form of government designed to guarantee that those sacred rights were protected.

They built an ingenious government balanced on three centers of power: executive — the presidency; legislative — Congress; and judicial — the courts. Each of the three branches lives in tandem and has respect for the autonomy and authority of the other two branches. The president’s utter dismissal of the authority of Congress to hold the executive branch accountable is perhaps the most egregious — and surely a “high crime and demeanor” — of his dismal behavior.

But at some point, the president’s personal behavior and political policies collide with values that are central to Christian faith and practice, the values that Jesus taught. All Christians revere Jesus’ Sermon on the Mount as an example of how his followers should aspire to live. “Blessed are those who mourn, for they shall be comforted,” Jesus said. How does that not collide with the president’s insulting words about Rep. Debbie Dingell (D-Mich.) mourning the death of her husband, longtime congressman John Dingell?

Christians all — liberal and conservative, evangelical and progressive — are about to celebrate Christmas, recalling the story of Jesus’ birth. Part of that story is King Herod’s murderous rage at the news the Magi brought him, that a new king had been born. His response was to order the slaughter of all baby boys in and around Bethlehem. Mary, Joseph and their newborn fled to Egypt to escape.

As the president tightens rules about immigration, even in the case of people fleeing violence and persecution, Christians are reminded that their Lord himself and his family were political refugees.

Thanks be to God for Christianity Today, for the courage and faithfulness to speak an evangelical word of truth and justice. 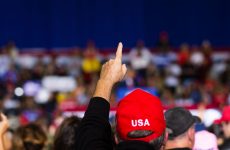 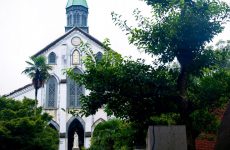 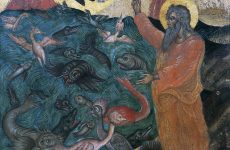