In some circles, these scare tactics have gone out of favor. Rather than scaring people away from sin, the new strategy is to attract them to virtue by the love and example of Christ and his people.

I prefer the attraction strategy, but if I need to stop someone from hurting another, I am not above scaring the hell out of them.

But what do we do with these Scripture passages forecasting the end of the world?

Some fundamentalists obsessively study the passages looking for clues for the end times. There have been people in every generation since the founding of Christianity who have convinced themselves the end would happen in their time. They ignored Jesus’ admonition, “As to the day or hour, no one knows it, neither the angels in heaven nor even the Son, but only the Father” (Mt. 24:36).

Apocalyptic writers have important things to tell us. They speak to us in poetic symbols on a cosmic scale to show God’s lordship over both creation and history. They force us to confront earth-shaking disasters like death, war, plague and the end of the world.

If the apocalyptic writers were alive today, they would no doubt draw from the imagery of nuclear war, global warming, melting ice caps, falling asteroids and pandemics.

These writers remind us God works not just in our hearts but in history. He cares not just about our own personal pain but also about geo-political crises. He will be present at our death and at the death of our world, whether the latter happens soon by our own hands or millions of years from now when the Sun goes nova.

All of this is God’s business.

The Jesuit paleontologist Teilhard de Chardin was an optimist. He believed the world was evolving into the cosmic Christ. As we become more just and loving, we prepare the way for the Lord. We build the kingdom of God.

The pessimists believe we will screw up the world so badly through war and environmental devastation that the Lord will have to come to save us. Sin will triumph until his coming. We are incapable of saving ourselves.

In my heart, I want to be an optimists, but in my head I am a pessimist.

As Christians we live in expectancy for the coming of Christ, but without knowing when he will come — to us personally or to our world. We therefore work to make ourselves and the world ready for his coming through acts of justice and love. We do this even though we know we may fail.

But we have no guarantee that this is the time Christ will come to save us. We cannot sit back and wait for him to save us. That is the sin of presumption.

And if we ourselves bring about something close to the end times because of our sinful destruction of the earth, then we will be subject to the judgment of Christ.

Yes, I hope I’m scaring the hell out of you. 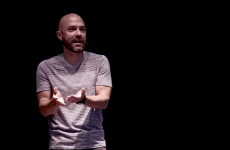