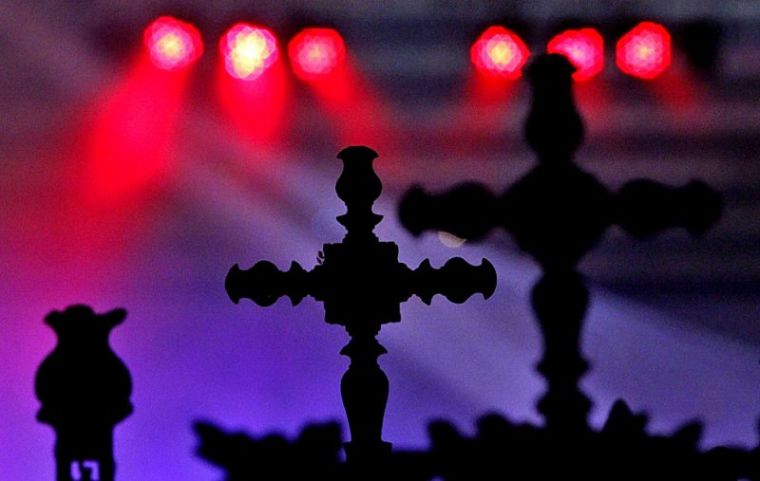 Catholics hold the holy cross while attending a mass as part of a three-day conclusion to the Holy Year celebrations at the La Vang Basilica, in Vietnam’s central Quang Tri province January 5, 2011. | REUTERS/Kham

A 6-year-old Christian girl and her parents were brutally beaten and dragged out of their village in Northern Vietnam because of their conversion to Christianity, Open Doors UK reports.

The family of three was forced out of their home and dragged over rocks to the entrance of the village after sustaining beatings that left the young girl in a coma for a month.

Open Doors, an organization that serves persecuted Christians worldwide, said earlier this week that the 6-year-old girl has regained consciousness but doesn’t recall what happened to her and isn’t able to recognize her parents.

The family had stopped participating in their village’s practice of worshiping their ancestors and received Christ, which angered the villagers and local authorities.

Not long after, they were “mocked, tied with ropes and severely beaten while being dragged over rocky ground toward the entrance of the village, forcing them to leave,” Open Doors reports.

Members of their church later transported them to a hospital where they were treated for three days.

Although they were allowed to return to the village after their pastor spoke with local authorities, the villagers continued to threaten and curse them on account of their newfound faith.

Open Doors’ World Watch List ranks the southeast Asian country as the 20th most dangerous nation for Christians. The Communist government monitors Christians’ activities and exerts a high level of pressure on them.

“Both non-traditional Protestants and converts from indigenous religions are persecuted intensively. Estimates indicate that approximately 80 percent of the country’s Christians belong to the country’s ethnic minorities, like the Hmong, and face social exclusion, discrimination and attacks. Ethnic minority Christian children are discriminated against in schools; their medical needs also are often neglected. Some are not even allowed to attend school,” the Open Doors profile of Vietnam explains.

“Non-Christian relatives of Christians are also strong persecutors, cutting family ties and denying any family inheritance. In some cases, relatives force a Christian spouse to divorce and then withhold custody of their children. Believers’ homes are sometimes destroyed, forcing them to leave their village.”

Teacher and school administrators reportedly encourage Christians to give up their faith, telling them their employment opportunities will be damaged.

In August, Pastor Le Dinh Luong, who is also an environment and democracy activist, was sentenced to 20 years in prison on trumped up charges of attempting to “overthrow the government.”

Although his trial was supposed to be open to the public, only his wife and younger brother were permitted to be in the courtroom. Foreign diplomats who tried to attend were barred, according to Human Rights Watch. Human rights advocates have been calling for his immediate release.