Sinn Fein, the political wing of the terrorist Irish Republican Army, made stunning gains over the weekend in Ireland’s general election. Sinn Fein is now just one seat behind the leading party. This is part of a trend that’s occurring across Europe: Radical groups that used to be fringe parties are making massive gains in elections.

While it’s still not clear who is leading in the Democratic Party primaries, one thing is for sure: President Donald Trump’s popularity is surging. In New Hampshire, Democrats are struggling to build crowds. Meanwhile, President Trump, who is uncontested in the primary and has no reason to campaign there, visited earlier this week and drew crowds in the tens of thousands.

We’re not even two months in the new year and already dozens of events have occurred that are prophetically significant! In today’s Bible study segment, I review the list of these prophetic events and remind listeners about Jesus Christ’s instruction to watch and pray so that we might be ready for His return!

Subscribe to the Trumpet Daily Radio Show on Apple Podcasts, Google Play or by RSS 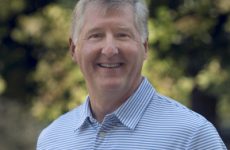 5 ways to be prepared for the End Times

Christians strip down at nudist community