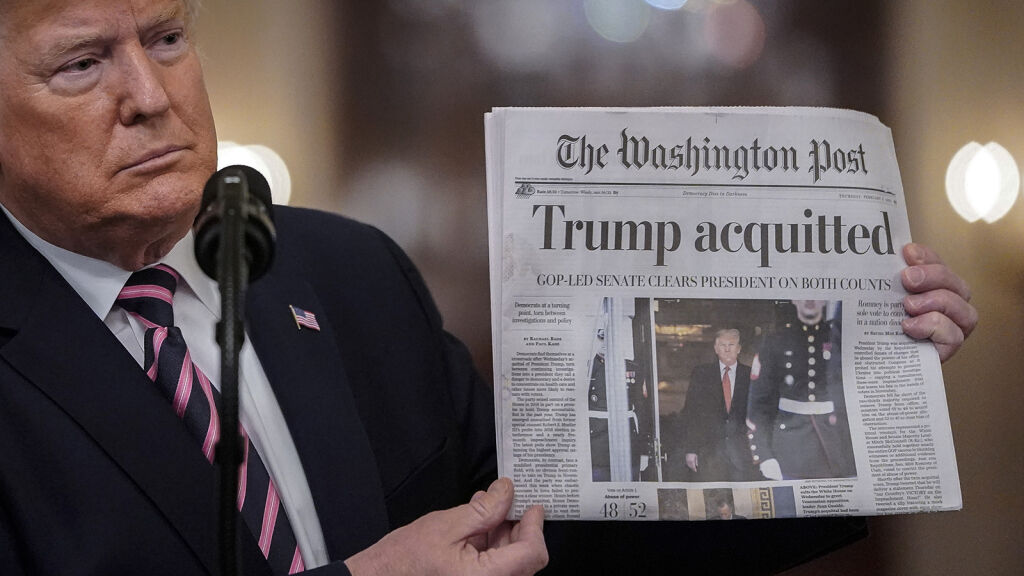 Do you have time to read history? The situation in America, Britain and across the globe is now a slow-motion world crisis ready to explode. And for that reason, I submit to you that you no longer have time not to read history.

When Winston Churchill faced his world crisis, he had to muster every ounce of knowledge, wisdom and courage he had accumulated over his lifetime to try to save his people, their nation and its virtues.

Imagine if that lifetime had been spent flipping through the sports pages, reading trashy novels, and relaxing at the cinema, absorbing frivolous content. If Churchill’s mental diet had been anything less than what it was, he could have never become the one statesman alive whom God could use to save Western civilization.

To Winston Churchill, history was more than a subject or a hobby. It was his identity.

William Manchester wrote in The Last Lion: Visions of Glory, “Churchill did not simply observe the historical continuum; he made himself part of it. … He did not live in the past; the past lived on in him.”

That is what history is. It is our shared, extended, personal memory. Most of us just ignore it or forget it. And we therefore plunge into the world crisis totally vulnerable.

“History was the way he understood the world, the lens he used to bring reality into focus,” Stephen Mansfield writes in Never Give In: The Extraordinary Character of Winston Churchill. “Churchill thought historically, meaning that he understood life in terms of generations, great men, the succession of ages, heroic events, noble conflicts and the linear connections of time. …

“For him history was more than something to study; it was a way of thinking. As Lord Ismay, Churchill’s chief of staff, said, Churchill ‘thought in terms of history all the time. He felt that the light of history played upon all that we did, and he acted accordingly.’”

In the preface to Churchill’s History of the English-Speaking Peoples, Henry Steele Commager wrote that the work, almost two decades in the making, “was a very personal book,” like almost everything else Churchill had written: A Roving Commission, The River War, The World Crisis, Marlborough, The Second World War. “This history was a project long close to Churchill’s heart and long in his mind, as well.”

Studying history informs you of your identity! Why are the minds of most people—the sports fans, the cinema-goers, the app-users of our day—so adrift, so ignorant, so susceptible to trivialities and insidious ideologies? Why don’t they know their own identity? They don’t remember history.

Churchill became a dynamic, vibrant, pulsating part of his people’s history. His boldness, ambition and passion for empire impelled him to do things, change things, build things, save things. His exhilarant way of living added richness and color to his writings.

One of the history books Churchill read—as a history book—was Exodus. He wrote an essay in 1931 titled “Moses: The Leader of the People.” In it, he took issue with skeptics who said Moses was only an allegorical figure. Moses, Churchill replied, “was the national hero who led the chosen people out of the land of bondage, through the perils of the wilderness, and brought them to the very threshold of the Promised Land ….”

Churchill wrote this essay at the beginning of the “wilderness years,” when he was a political outcast languishing on the back benches of the House of Commons.

Every prophet, Churchill continued, has to go into the wilderness! “He must have a strong impression of a complex society and all that it has to give, and then he must serve periods of isolation and meditation. This is the process by which psychic dynamite is made” (ibid.).

That’s what Churchill was doing during the 1930s. When the ruling class was disarming Britain and coddling Adolf Hitler, he was making psychic dynamite. During that decade, he wrote 11 books and hundreds of articles, and delivered dozens of speeches in Parliament. While his countrymen were fast asleep, he sounded a jarring alarm.

He was the only Briton who was actually preparing for war during those so-called wilderness years. He wrote his four-volume, 1 million-word masterpiece Marlborough between 1933 and 1938. This deep dive into history helped prepare him for Britain’s darkest hour.

Commager said this about Churchill’s famous ancestor and Britain’s most decoarated general: “The hero was a man after Churchill’s heart: the greatest soldier in the annals of the race, ever victorious and ever magnanimous; the statesman who welded together a continental alliance; the diplomat who mediated between the English, the Dutch, the Prussians and the empire; the captain loved by his soldiers, trusted by his allies, respected by his enemies. But the theme was more than biographical; it was nothing less than the theme of the struggle for Europe” (emphasis added).

This was more than a work of history, said one British historian. This was a biography that changed history. When Churchill finally came to power in 1940, he was prepared for battle. The story from his nation’s glorious past—a story he knew well—continued living right into the present.

As an avid lover of history, Winston Churchill was advised, inspired and motivated by giants of history like the duke of Marlborough and Moses.

I don’t know if he knew it, but the history of the Israelites recorded in Exodus was especially, literally personal to Churchill, and not just because the British needed supernatural deliverance. The Israelites were, in fact, his ancestors, just as was Marlborough.

In fact, the Israelites are your ancestors. Their history is your history. This is true of those who physically descended from the Israelites (mainly the modern English-speaking peoples), but it is also true in a spiritual sense of those who are in God’s true Church, “the Israel of God,” as Galatians 6:16 describes it. As a Trumpet Brief reader, you are in very close contact with that Church. It’s possible that you could be among those few whom God is calling into it.

The Bible clearly establishes that God’s Church is spiritual Israel. The history of the Church and the history of its predecessor, physical Israel, is the most important history you can study. This is especially true as we face the unfolding crisis. You are going to need every bit of true, deep, actionable history you can get your mind on.

God wants His people to know their history.

Psalm 137:1-2 poetically portray one of the many tragedies of our history: “By the rivers of Babylon, there we sat down, yea, we wept, when we remembered Zion. We hanged our harps upon the willows in the midst thereof.” Ezra most likely composed this after the last Israelite tribes, in the kingdom of Judah, were conquered and the capital of Jerusalem fell. They had forgotten their history. They did not feel strongly about God’s city, His history and His virtues. So God finally took away that city and their nation.

God chose Jerusalem (Zechariah 3:2). This is His city, and He has a strong opinion about it! God has chosen not to give up on human beings. He has chosen to see His inspiring, hope-filled plan through, in spite of our horrible sins, and He is doing it in a specific way with specific people and a specific city. It is a grave mistake to take any of that lightly!

You learn God’s history, and you dare not forget it. Hosea 4:6 warns us, “[S]eeing thou hast forgotten the law of thy God, I will also forget thy children.”

The captives in Babylon lamented, “For there they that carried us away captive required of us a song; and they that wasted us required of us mirth, saying, Sing us one of the songs of Zion. How shall we sing the Lord’s song in a strange land? If I forget thee, O Jerusalem, let my right hand forget her cunning” (Psalm 137:3-5).

The psalmist would rather lose something as near and dear to his everyday activity as his own right hand rather than forget Jerusalem and all that God has done and will do through that city! He goes on to pronounce on himself a double curse: to also lose his ability to speak and to sing:

“If I do not remember thee, let my tongue cleave to the roof of my mouth; if I prefer not Jerusalem above my chief joy” (verse 6).

Here was the psalmist’s attitude: If I do not prefer God’s nation, His people, His holy city, His headquarters temple and all of His holy ordinances, then take away the use of my arm and my voice! Holy Father, make Jerusalem my chief joy!

Lange’s Commentary says to make Jerusalem “the head of my joy,” make it the “highest joy.” Another commentator translates this phrase, “If I set not Jerusalem as a diadem upon the head of my rejoicing and crown all my happiness with it.”

Tens of thousands of people have actually been part of the spiritual “Israel of God” in our generation, but they have turned away from the amazing history of God’s work. Many of them are even attacking it.

“Remember, O Lord, the children of Edom in the day of Jerusalem; who said, Rase it, rase it, even to the foundation thereof” (verse 7).

This whole passage describes not only the lament of ancient Jews in Babylonian captivity, but also the future result of the coming world crisis! Those who have known God but treated His work and His history lightly or even contemptuously will be taken into a bitter captivity by the modern Babylonians! A major part of their sin is that they forgot Jerusalem!

“God gives us projects like participating in an archaeological dig in Jerusalem and building Him a house in order to keep our focus on a future Jerusalem headquarters,” my father, Gerald Flurry, writes in The Book of Chronicles. “How important are those projects to each one of us personally? If our thinking is right, we will be exuding excitement for them!”

“But thou, O Lord, shalt endure for ever; and thy remembrance unto all generations. Thou shalt arise, and have mercy upon Zion: for the time to favour her, yea, the set time, is come. For thy servants take pleasure in her stones, and favour the dust thereof. So the heathen shall fear the name of the Lord, and all the kings of the earth thy glory. When the Lord shall build up Zion, he shall appear in his glory” (Psalm 102:12-16).

To begin your study of the most important history, may I recommend these two free works from our library: Winston S. Churchill: The Watchman and The Former Prophets. 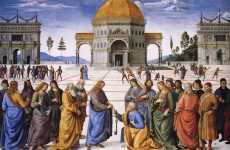 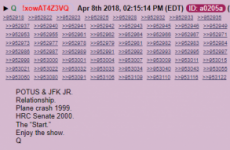 QAnon’s Predictions Haven’t Come True; So How Does the Movement Survive the Failure of Prophecy? 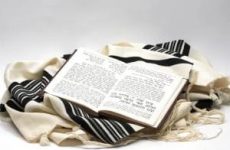