What sets charismatic Christians apart from other kinds of Christians is that they often adopt practices described in the New Testament of the Bible, including speaking in tongues, the use of prophecy and faith healing. Charismatic Catholics might also adopt more modern types of praise and worship band music with enthusiastic singing, clapping and outstretched arms.

Barrett would be the first Supreme Court justice from a charismatic background, according to John Fea, who teaches history at Messiah College in Mechanicsburg, Pa. And for some charismatic Christians such as Cheryl Bridges Johns, a professor of spiritual renewal at Pentecostal Theological Seminary in Tennessee, Barrett’s nomination is exciting because it shows someone who can be both intellectually rigorous and spiritual.

“It’s like, wow, she’s the first one of us,” Johns said, who is a non-Catholic charismatic Christian. “We share an ecumenical delight in her being nominated for the Supreme Court.”

Two of Christianity’s most visible global leaders also identify closely with charismatic movements: Justin Welby, the archbishop of Canterbury and spiritual leader to millions of Anglicans worldwide; and Pope Francis, who follows a long line of popes who have encouraged charismatic renewal.

“Francis is probably the first charismatic pope,” said Austen Ivereigh, who has written extensively on Francis. “He’s hard to pin down, but he’s a pope who has identified in his own spirituality with the charismatic renewal.”

A year after he was elected, Francis once knelt and was blessed by a gathering of thousands of Catholic charismatics, all speaking in tongues.

“Francis may not pray in tongues, but no pope has ever identified as closely with the Catholic Charismatic Renewal, nor been so keen to move it to front and center in the church,” Ivereigh wrote in America magazine.

And yet, charismatic Christians remains controversial in Christian circles because some believe certain practices were reserved for members of the early Christian church in the first century, while others find their practices distracting to traditional church worship.

There’s also a lot of fear and ignorance around charismatic Christianity, said Thomas Csordas, an anthropologist at the University of California at San Diego who studies charismatic Catholic groups. Some have likened People of Praise, for example, to a cult, because members reportedly adhere to an oath of loyalty and are to be held accountable to a same-sex adviser, called a “head” for men and a “handmaiden” for women (a practice that has been changed).

Charismatic Christianity began at the start of the 20th century and produced Pentecostal denominations like the Assemblies of God and the Church of God.

In the 1950-60s, another wave of charismatic Christianity took off in mainstream denominations, like mainline Protestant churches and in the Catholic Church. Starting in 1967, students at Catholic schools Duquesne University and University of Notre Dame began praying, doing what they call “baptizing each other in the Holy Ghost.”

The explosion of charismatic renewal took place both in the cultural upheaval of the 1960s and in the wake of Vatican II when believers were rethinking what it meant to be a Catholic.

Within the Catholic movement, they referred to themselves as catholic Charismatics because charisms referred to gifts of the spirit as a way to distance themselves from Pentecostals, Csordas said. People who would attend regular Mass would also get together for weekly prayer meetings where they might speak in tongues and take part in faith healings.

Some of them wanted to share their lives and spirituality with others, so they started intentional communities, developing networks of communities all over the world.

In a group like People of Praise, members go through an initiation ritual that includes a seven-week seminar. During the fifth week, other members pray over newcomers and pray for the baptism of the Holy Spirit.

“It’s not about individual spirituality,” Csordas said. “It’s about being committed to a group of people.”

Members agree to a covenant, which Csordas described as “a spiritual constitution” that says how they commit their lives to one another and to God. A person who wants to be a member of the community has to go through a trial period that they make a commitment.

Deacon Darrell Wentworth of the Diocese of Richmond, who has long been active in the charismatic renewal movement in the Catholic Church, said the key to these groups is relationships.

“Christianity is not about a set of rules. It’s about experiencing a relationship with three supreme persons who are one God and living out this life of mystery,” he said. “You seek friendships with other people who are pursuing the same kind of relationship with God.”

Barrett’s father, Mike Coney, who is also a deacon, wrote a testimony in February 2018 for his home parish, St. Catherine of Siena in the suburbs of New Orleans, where he explained how he “felt a call to live life in a close knit Christian community, one like that described in the Acts of the Apostles, one that would help form our children into good Christians and strengthen our marriage and family.”

As a result, he wrote, the family became members of People of Praise where men and women separately meet weekly in small faith groups.

“The glue which binds the members of the POP is a promise to share life together and to look out for each other in all things material and spiritual,” he wrote. 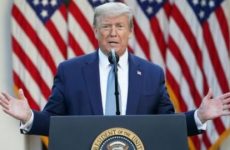 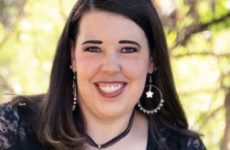 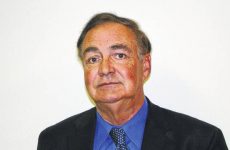