Christianity Is the Bad Guy?: Bemoaning the Demise of the Classical World

In “The Decline and Fall of the Roman Empire,” 18th-century historian Edward Gibbon blames Rome’s demise, at least in part, on Christianity. He wrote, “The clergy successfully preached the doctrines of patience and pusillanimity; the active virtues of society were discouraged, and the last remains of military spirit were buried in the cloister [and] a large portion of public and private wealth was consecrated to the specious demands of charity and devotion…”

Gibbon was making the same argument that the pagan critic Celsus made more than 1,500 years earlier. Arguments which most historians have largely rejected. Still, like zombies in “The Walking Dead,” the idea that Christianity destroyed the classical world and ushered in the “Dark Ages” is a notion that refuses to stay dead.

In fact, a recent book, “The Darkening Age: The Christian Destruction of the Classical World,” by Catherine Nixey resurrects this notion that the “Triumph of Christianity” was really the “annihilation” of the classical world,  including its literature, philosophy, science, and art.

In the book, Nixey not only depicts Christianity as a “savage tyrant,” she insists on the goodness of the Roman civilization it had “annihilated.”

Historical silliness abounds in this book. For example, Nixey claims, “For two and a half centuries the Roman imperial government left Christianity alone.” All those stories of Christian persecution? Well, according to Nixey, those are “less that the Romans wanted to kill — and more that the Christians wanted to die.”

Nixey even claims that “Christian belief, if anything, led to a lowering of moral standards in the community.”

So let me get this straight, the ideas of Roman philosopher Seneca, that “Unnatural progeny we destroy; we drown even children who at birth are weak or abnormal,” is morally superior to the Christian author of the Didache, who wrote that one should “not murder a child by abortion, nor kill it at birth.”

Throw in Roman slavery and the absolute subjugation of women, regardless of social class, and an obvious question I have for Nixey is whether she would really prefer to live in the classical world whose passing she laments, or the one we live in now that’s been shaped by Christianity.

Another important but less obvious question would be, “How do we know so much about the lamented classical world?” The answer is “Christianity.”

As a prime example of the “savage tyranny” of Christianity, Nixey points to the murder of a fifth-century pagan philosopher Hypatia by a Christian mob, which was an outrage and a black mark against the Christian faith.

That’s not just Nixey’s opinion. The Christian Emperor Theodosius launched an investigation into her murder. And most of what we know about Hypatia comes from sympathetic Christian sources.

The same is true of the above-mentioned Celsus. The only reason we know of his scathing criticisms of Christianity is because they were faithfully preserved by the Church Father Origen.

While some Christians did destroy pagan art and repress pagan literature, they came nowhere near to destroying the Classical World. On the contrary, Christianity preserved its greatest achievements, not only in philosophy but also in science and literature.

As Jeremiah Johnston documents in his book, “Unimaginable,” Christianity made the world that we all take for granted today possible. It wasn’t always pretty, and certainly there was plenty to regret in Christian history. But thank God Christian morality did supplant classical pagan morality. The very idea that human beings are created equal, that we share a common dignity, that we possess “inalienable” rights would have been laughable to the ancient Romans.

These ideas owe their cultural existence only to Christianity.

The fact that people think otherwise only proves that the real zombies out there are arguments and historically-revised assertions.

BreakPoint is a program of the Colson Center for Christian Worldview. BreakPoint commentaries offer incisive content people can’t find anywhere else; content that cuts through the fog of relativism and the news cycle with truth and compassion. Founded by Chuck Colson (1931 – 2012) in 1991 as a daily radio broadcast, BreakPoint provides a Christian perspective on today’s news and trends. Today, you can get it in written and a variety of audio formats: on the web, the radio, or your favorite podcast app on the go.

John Stonestreet is President of the Colson Center for Christian Worldview, and radio host of BreakPoint, a daily national radio program providing thought-provoking commentaries on current events and life issues from a biblical worldview. John holds degrees from Trinity Evangelical Divinity School (IL) and Bryan College (TN), and is the co-author of Making Sense of Your World: A Biblical Worldview. 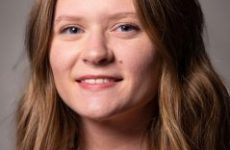 The importance of making virginity a personal choice within Christianity

Opinion: Christianity out of the barrel of a gun