Periodically, experts of mainstream media come up with theories on why Christianity is a “failed project” in India. Recently, senior journalist and author Dilip Mandal put forth the argument that Christianity has no future in India and, therefore, there is no reason for the Rashtriya Swayamevak Sangh or the Vishva Hindu Parishad to spread false alarm or panic about the proselytising capacity of Christian missionaries. Mandal also points out that the Christian population in India is either static or dwindling.

Mandal is, obviously, not open to recognising the idea that conversion was not the main purpose of the educational, medical and social work of Christian missions in India. Compassion International, a Christian organisation mentioned by him, in a detailed statement pointed out that their sole purpose in India was social outreach. And no official complaint of conversion has been filed against organisations such as Compassion International.

Dilip Mandal’s severe criticism that the Christian missionary’s work in India became “a tool for Brahmins and elites” seems baseless. He argues that the failure of Christianity in the early centuries in Kerala and elsewhere was because they confined themselves to converting Brahmins. However, the theory that there were Brahmins in the first century CE in the region that later became Kerala (when St Thomas is believed to have come to that region) has been disputed by scholars. According to some historians, there was no Brahmin presence in that region till the 8th century CE.

Further, Mandal also questions the quality of education imparted by Christian schools. As he puts it, these schools practised “elitism” and caste-based education because they taught English only to elite Indians while Dalits were forced to study in the vernacular languages. If he had a chance to meet a Dalit or Tribal Christian, Mandal may get a different perspective. Or, perhaps, he could read B.R. Ambedkar’s The Annihilation of Caste where he stated: “The Hindus … will probably not admit that the aborigines have remained savages because they had made no effort to civilize them, to give them medical aid, to reform them, to make them good citizens. But supposing a Hindu wished to do what the Christian missionary is doing for these aborigines, could he have done it? I submit not. Civilizing the aborigines means adopting them as your own, living in their midst, and cultivating fellow-feeling — in short, loving them. How is it possible for a Hindu to do this? His whole life is one anxious effort to preserve his caste.”

Also read: Don’t listen to VHP and panic. Christianity is a failed project in India

Going by the population

Most criticisms, including Dilip Mandal’s, ask this question: Despite the long history of Christianity in India, and robust missionary activity, why does the number of Christians in the country still remain under three per cent? Fortunately, they are not arguing that the success of Ghar wapsi is the reason for this. Perhaps these critics should also look at why the Parsi community is dwindling in India. Obviously, conversion — or the failure to convert — is not the reason. Critics should perhaps listen to the sociologists who say the educational and social success of a community could lead to a fall in its population.

A few years ago, journalist Tony Joseph also outlined a number of reasons why the Christian faith has failed. He said: “The fact is, the story of Christianity in India is a story of dismal failure, demographically speaking… what does Indian Christianity have to show for its humongous effort in terms of men, money and material, over two millennia? Almost zilch — or somewhere between two and three per cent of the population.

Other scholars question the theory that the dwindling numbers of Indian Christians are an indication that the Christian mission work was a failure.

In a rejoinder to Tony Joseph’s article, Philip Jenkins referred to Joseph’s dependence on the official census figures regarding the demography of Indian Christianity. Jenkins dismissed the Indian national census as “one of the world’s great works of creative fiction” and argued that the official record on Indian Christian population “has nothing whatever to do with actual numbers on the ground”. A more realistic estimate reached by independent scholars, according to Jenkins, “would put it closer to four percent, say 45 million people”. The reason for the suppression of the real strength of Christianity in India, as Jenkins put it, “is because of systematic and widespread persecution by Hindu extremist sects, often operating in alliance with local governments and police authorities — violence that receives virtually no publicity in the West.”

There are also other questions. Critics like Joseph and Mandal seem unaware of the phenomenon sociologists call multiple religious belonging. Pointing to a survey undertaken by the Gurukul Research Centre in 1979, M.M. Thomas wrote in 1995 that there were “many people in the city of Chennai who had accepted Jesus Christ as their personal Saviour but had chosen to continue in their own religious, cultural and caste communities without conversion to the Christian religion” There are several such cases, not only of Christians but also of others who simultaneously practise Hinduism, Buddhism and Sikhism. In other words, we cannot any longer compartmentalise people on the basis of religion.

Also, is the population factor really an argument? Buddhism was born in India several centuries before the origin of Christianity, but today only 0.7 per cent of the Indian population is Buddhist. That is, only 1.9 per cent of the world’s Buddhists are in India. Judaism is also believed to have come to India long before Christianity, though only a handful of adherents remain now. While several religions have dwindled in India, the question may be asked as to why the focus is on only one of them.

Christianity has been an indigenous religion in India for close to two millennia. Both native Christians and foreign missionaries have been a part of the various social movements in the country. In particular, several missionaries strove to strike a different identity from the colonial rulers by identifying themselves with Indian Christians and Indian society.

Seeking to serve the local church and society, William Carey, the British Baptist missionary, moved out of then British-ruled Calcutta (now Kolkata) a Danish colony in Bengal. He also translated the Mahabharata and Ramayana from Sanskrit in 1802.

In Kerala, the missionary Benjamin Bailey set up the first printing press in Malayalam. He was the first lexicographer in the language. C. F. Andrews aligned so closely with the nationalist movement that M.K.Gandhi expanded his initials as “Christ’s Faithful Apostle”. R. R. Keithahn, an American missionary, identified so much with the nationalist movement that the British government expelled him from India. When India became independent, C. Rajagopalachari, the last Governor-General of India, wired Keithahn: “Welcome back to free India!” Keithahn returned and spent the rest of his life here, and died in Oddanchathram in Tamil Nadu.

And of course, in independent India, there was Mother Teresa, the Indian saint from Albania, who cared for the sick, dedicated her life to the service of the poor, and kept a distance from discussions on conversion. As she put it, “I convert you to be a better Hindu, better Christian and better Muslim.” It may be added that from the 1970s or so, there have been practically no foreign missionaries in India, and that the Indian churches and their institutions are run by Indian personnel, mostly with Indian resources.

There were also Indian Christian leaders who participated in the nationalist movement and social reform. The oldest such venture was perhaps the periodical, The Christian Patriot: A Journal of Social and Religious Progress launched in 1890. The journal’s name signified its agenda: as Christians to be engaged in the uplift of the nation, in times of a growing Indian nationalism. Different from other journals, The Christian Patriot was started as a “purely indigenous venture”. The journal criticised both missionary paternalism (and racism) and tendencies in sections of the Indian National Congress to equate the national cause with Hindu revivalism.

The mistake of Joseph, Mandal and other critics, however, is in considering proselytisation as the yardstick to measure the success or failure of Indian Christianity. It needs to be stated emphatically that conversion was not the primary objective of the Christian mission in many parts of India. The St. Thomas Christians in Kerala, during the long period before the Western missionaries arrived, are not known to have undertaken any missionary activities.  Their vocation was understood as permeation — living in harmony with their Hindu neighbours, by being the salt of the society. It was only when Dalits and Tribals approached the missionaries (not the other way around), that they moved their base to Dalit and Tribal areas from Kerala.

It is not that the Indian churches are without their problems. Even though the overseas missionaries are gone, the image and culture of Indian Christianity retain strong elements of foreignness. There is also the lingering influence of the Brahminical structures. Dalit Christians, who form the overwhelming majority of Indian Christians, are still marginalised in the churches and its institutions. Further, there are also issues of patriarchy and corruption in the Indian churches. These are problems that Indian Christianity needs to admit and overcome. Thankfully, there are serious theological reflections and action in most churches in this direction.

But rather than Christianity being a “failed project”, it is obvious there is a grand project behind the propaganda that the Christian faith has failed in India. The critics of Christianity seem quite comfortable with the fact that stringent anti-conversion laws have been passed in several states in India in violation of the freedom of religion enshrined in the Indian Constitution. Further, the benefits of reservation have been denied to Christians and Muslims of Dalit origin even after it has been established that the social and economic status of Dalits do not change after conversion. And yet, a propaganda has been unleashed on several levels to present Indian Christianity as a failed project. However, the arguments that could convince the faithful may not stand scholarly scrutiny.

The author is the Editor of Religion in Southeast Asia: An Encyclopedia of Faiths and Cultures (ABC-CLIO, 2015) and the Associate Editor of The Oxford Encyclopedia of South Asian Christianity (Oxford University Press, 2012). Views are personal.

Why news media is in crisis & How you can fix it

You are reading this because you value good, intelligent and objective journalism. We thank you for your time and your trust.

You also know that the news media is facing an unprecedented crisis. It is likely that you are also hearing of the brutal layoffs and pay-cuts hitting the industry. There are many reasons why the media’s economics is broken. But a big one is that good people are not yet paying enough for good journalism.

We have a newsroom filled with talented young reporters. We also have the country’s most robust editing and fact-checking team, finest news photographers and video professionals. We are building India’s most ambitious and energetic news platform. And have just turned three.

At ThePrint, we invest in quality journalists. We pay them fairly. As you may have noticed, we do not flinch from spending whatever it takes to make sure our reporters reach where the story is.

This comes with a sizable cost. For us to continue bringing quality journalism, we need readers like you to pay for it.

If you think we deserve your support, do join us in this endeavour to strengthen fair, free, courageous and questioning journalism. Please click on the link below. Your support will define ThePrint’s future. 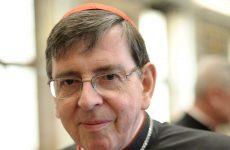 Card. Koch: Pope seeks to deepen bonds of friendship between Christianity and Judaism

How to Survive the Upcoming Election, and Other Answers in Prophecy 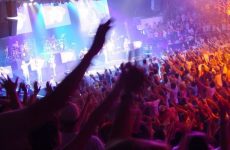